Pianist, arranger, producer and educator Antonio Adolfo grew up in a musical family in Rio de Janeiro, Brazil, and began his studies at the age of 7. At 17 he was already a professional musician, and during the 1960s, he led his own trio that participated in several bossa nova and jazz shows in his native country, including many in Rio’s famed Bottles Alley, home of the Bottle Bar, which served as an early home to the city’s jazz innovators. Performers there mixed American jazz with traditional Brazilian samba, and the resulting music would go on to lay the groundwork for the bossa nova craze that would sweep the world. Today, many refer to Bottles Alley as “the birthplace of Brazilian jazz.” 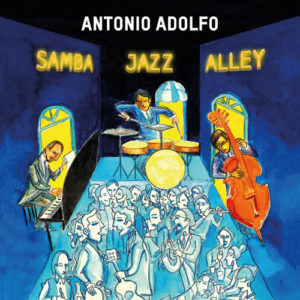 “Hello, Herbie,” today’s Song of the Day, was written as a tribute to Adolfo’s longtime musical influence, Herbie Hancock. But it didn’t necessarily start that way. In composing the tune, Adolfo hit upon a melody that reminded him of something the legendary pianist would have played. Why did he associate it with Herbie? Simple: it made him want to dance. “I’ve always liked Herbie’s more popular tunes, like ‘Watermelon Man,’ and ‘Cantaloupe Island — the more danceable tunes,” he said. “He’s a great pianist, and I tried to capture as much of his energy in this melody as I could.”  Adolfo’s composition certainly brings the legendary keyboardist to mind, but the song’s buoyant rhythms and balmy melodic straints paint a decidedly more tropical picture.

Antonio performs regularly around his hometown of Miami. To learn more about this artist, visit his website.