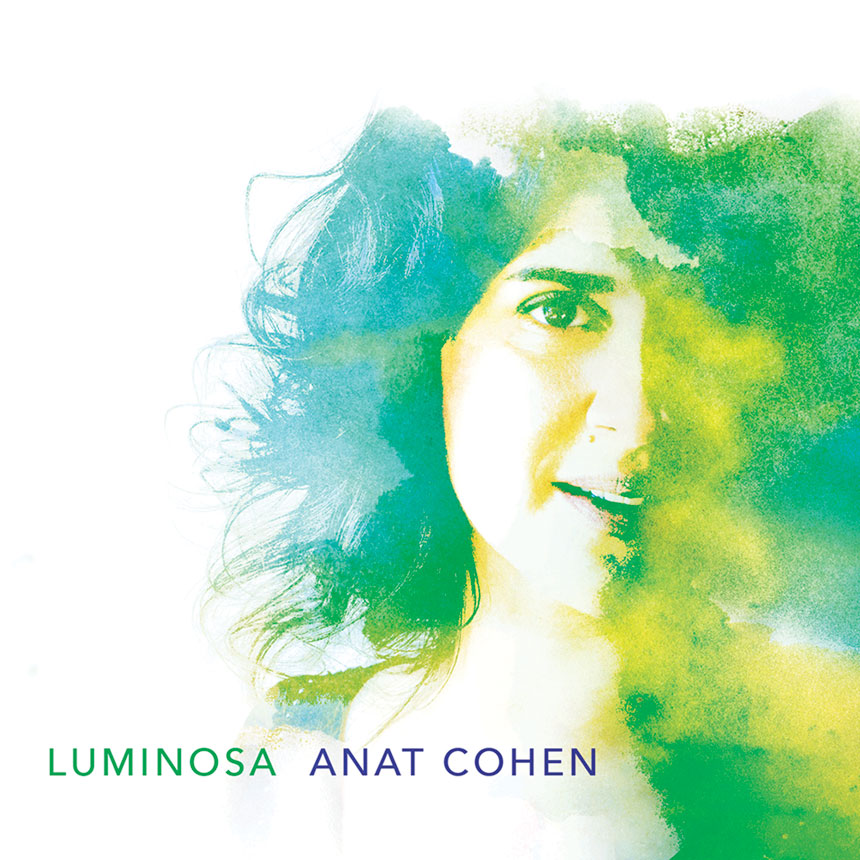 Natural exuberance pervades everything that Anat Cohen plays. Part of that spirit springs from the diversity of her material, which has ranged from traditional jazz to experimental pop to sounds from all over the world. But the clarinetist and saxophonist never seems more in her element than when she’s playing Brazilian music, whether it’s bossa nova, choro or Brazilian pop. And that’s the guiding light on Cohen’s latest release, Luminosa, which fully displays her many gifts.

Cohen has previously covered the music of legendary Brazilian singer-songwriter Milton Nascimento. Here she takes on two of his compositions, as well as Edú Lobo and Chico Buarque’s “Beatriz,” a song associated with Nascimento. Cohen’s ebullience prevails even on a ballad like “Lilia.” Still, she’s equally capable of a striking emotional depth, as expressed in her plaintive bass-clarinet lines on “Cais” and “Beatriz.”

But this isn’t strictly a Brazilian record. The most surprising piece is an interpretation of electronic musician Flying Lotus’ “Putty Boy Strut.” Bouncy and infectious, with unexpected harmonic twists, it fits right in with Cohen’s wide-open aesthetic. She also includes four of her own compositions, ranging from the emotional ballad “Ima” to the modern fire of “The Wein Machine,” which features Cohen on tenor sax and strong electric-guitar work from Gilad Hekselman.

Cohen elicits excellence from her supporting cast. Pianist Jason Lindner, a linchpin of her band, delivers elegant, thoughtful solos on “Lilia” and “Cais.” Guitarist Romero Lubambo plays on several tracks, including his own composition “Bachião.” Two tracks feature a new group assembled by Cohen, Choro Aventuroso, which includes accordion and pandeiro (a Brazilian tambourine). Through it all, drummer Daniel Freedman handles the variety of rhythms with subtle virtuosity.

Cohen isn’t bound to any particular genre or style. But her inimitable approach ensures that she’ll never succumb to pastiche. No matter what she plays, she always sounds like Anat Cohen. —John Frederick Moore

The Magnificent Seven: Artemis, a true supergroup, releases its debut