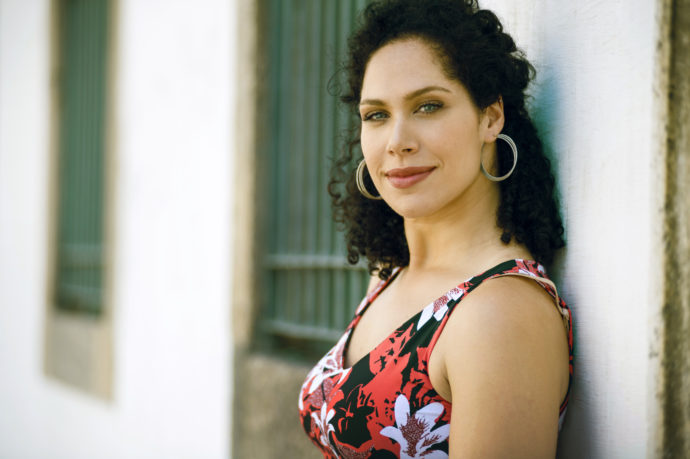 Antonio Carlos Jobim’s 1960 composition “Corcovado” — known in English as “Quiet Nights, Quiet Stars” — is a bossa nova classic that has been recorded by some of the most iconic figures in jazz, including Stan Getz, Oscar Peterson, Frank Sinatra and Diana Krall. And for obvious reasons. The song — with its hypnotic melody and gentle, sand-lapped rhythm — captures in vivid sonic detail the longing and nostalgia at the heart of great Brazilian music, a quality that made it one of the most recognizable melodies of the bossa nova craze. It’s no wonder, then, that “Quiet Nights” would eventually catch the ear of Miles Davis, who first recorded the song for a 1964 album of the same name with Gil Evans.

Today, “Quiet Nights, Quiet Stars” receives a fresh interpretation courtesy of Atlanta-based vocalist Alexandra Jackson, who this year released a fascinating collection of bossa nova covers called Legacy & Alchemy. Jackson is a veteran pop and jazz vocalist who demonstrates remarkable command over her tone and timbre, and her supple yet sophisticated voice positively shines on this track. What sets this recording apart, however, is the inclusion of Miles Davis playing melody and a solo from his original 1964 recording session with Evans. As it intertwines with Jackson’s vocals, Miles’ solo creates an incredible past-meets-present moment that simply has to be heard to be believed. 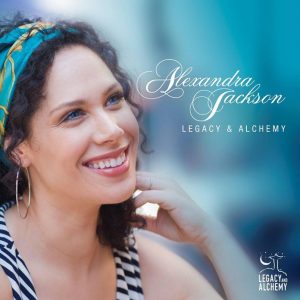 Jackson’s mission with Legacy & Alchemy was to help revitalize the overall Brazil classic popular music genre (Samba, Bossa Nova and MPB) while paying homage to its storied past.  With “Quiet Nights,” she certainly delivers. Because in addition to Miles, the track also features a vocal sample from Jobim himself, with a newly recorded appearance by Brazil music legend: Ivan Lins. That’s a lot of star power for one track, but Jackson’s graceful presence ties everything together. History is made here, but this is bossa nova for the future.

Like what you hear? Buy this album on iTunes, CDBaby or Amazon.