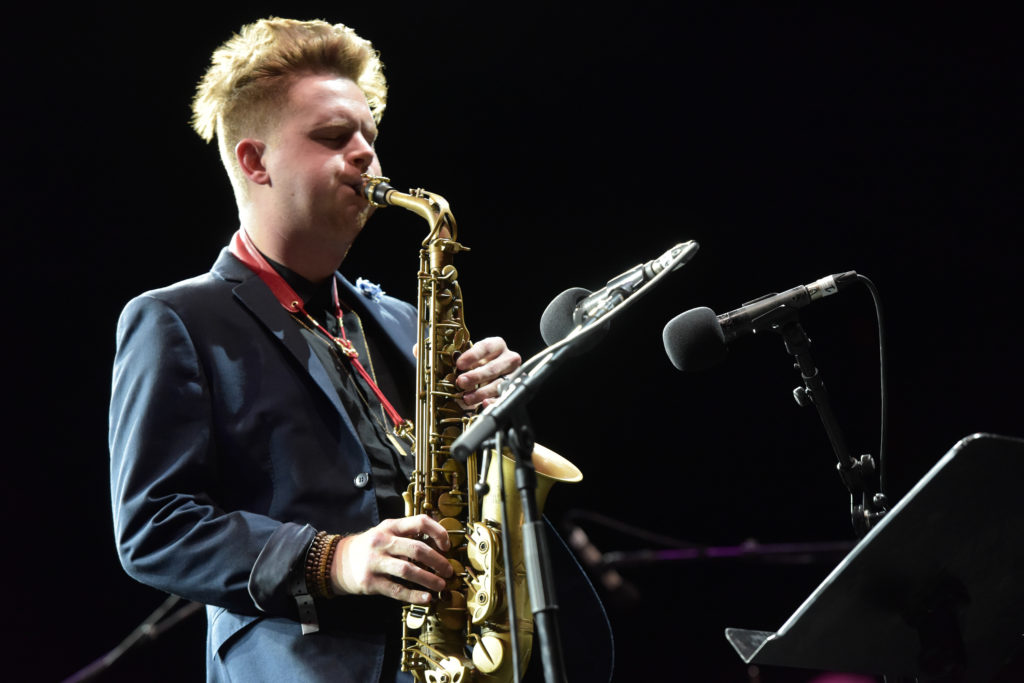 A new saxophone competition held in honor of Michael Brecker has crowned its first champion.

A graduate of three prestigious jazz institutions — the University of North Texas, the University of Southern California and the Thelonious Monk Institute of Jazz — Hahn is no stranger to musical accolades. He was named a six-time Downbeat Magazine Award Winner and a three-time Next Generation Jazz Festival Outstanding Soloist. In 2015, he placed first in the Perform with Mintzer International Saxophone Competition, and the following year, he won the North American Saxophone Alliance Jazz Saxophone Competition.

Hahn’s performing credits include appearances with Herbie Hancock and Esperanza Spalding, and he has recorded on two albums with Michael Bublé. In 2017 he released his sophomore album Emerging to critical acclaim. His forthcoming album New Flight releases this Friday.

Judges for the preliminary phase of the competition, which involved a blind audition based solely on audio submissions, included Melissa Aldana, Marcus Strickland and Ben Wendel.

“By virtue of their selection, each of the semi-finalists – Artem Badenko, Niall Cade, Nathan Bellott, Alex Hahn, Sheridan Hitchcock, Sean Payne, Daniel Varga, and Alex Weitz — embodied the spirit and influence that Michael Brecker’s artistry will impact for generations to come,” said a publicist for the competition via press release. The saxophonist, who died of complications related to leukemia in 2007, had a monumental influence on the direction of modern jazz saxophone. His discography includes credits on more than 900 albums features work with his brother Randy, as well as Frank Zappa, Herbie Hancock, Aerosmith, James Brown, Paul Simon, Joni Mitchell, Lou Reed, Funkadelic, Bruce Springsteen, Steely Dan, John Lennon, Elton John, Chick Corea, and Pat Metheny, among others.

A 15-time Grammy winner, Brecker recorded 11 albums as a leader. He recorded his final album Pilgrimage, in 2006, having already been diagnosed with his critical illness. It was released in 2007 and would go on to earn him a posthumous Grammy for Best Jazz Album, Instrumental or Group and Best Jazz Instrumental Solo.

In recognition of Michael’s generosity, and to assist in providing ballast to deserving careers, The Michael Brecker International Saxophone Competition was created. The mission of the competition is to assist in the launch of emerging, exceptionally talented saxophonists.

Susan Brecker, Michael’s widow and a co-founder of the competition said, “It is a wonderful honor. Michael was always supportive of young saxophonists and would have been delighted and humbled.” Added her co-founder Darryl Pitt — Michael’s former manager who encouraged Michael to appear at the inaugural Red Sea Jazz Festival to help the Festival get started, “Mike was an astounding musician and an even better man; I miss him dearly—as does everyone who was blessed to have him in their lives.”