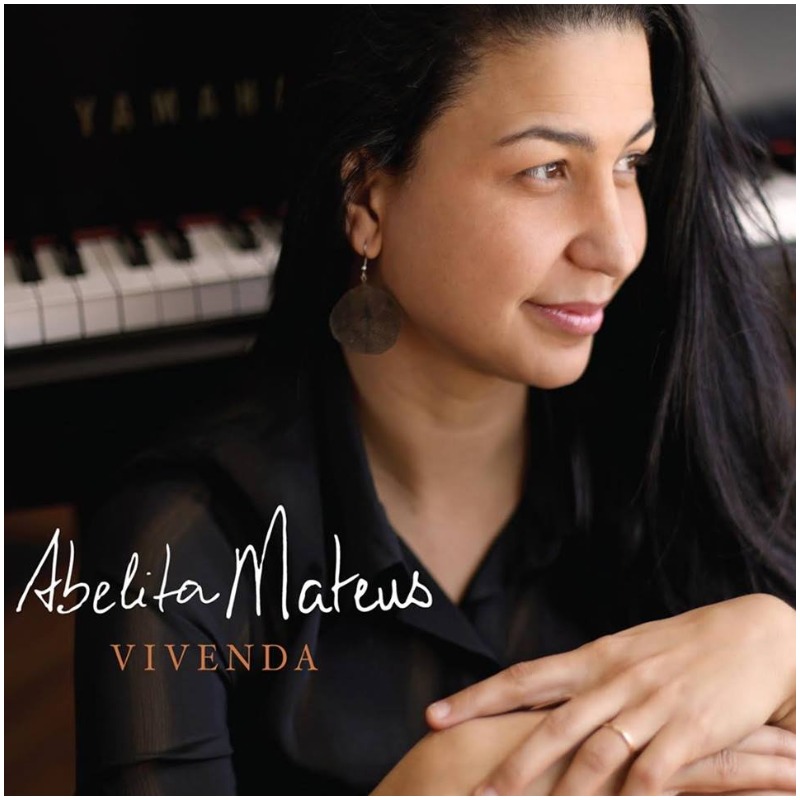 Pianist, composer and vocalist Abelita Mateus is drawn to the symbolism of the Portuguese word for home — vivienda. The São Paulo native, a U.S. resident since 2012, chose the word for the title of this, her debut release, as well as for the name of her record label. It was a good choice because it suggests a personal comfort zone, warmth and a nurturing environment. Accompanied by some of the most revered names in Brazilian jazz — guitarist Romero Lubambo, drummer Portinho and trumpeter Claudio Roditi among them — Mateus delivers performances that, while generally low key, simmer with rhythmic intricacy and reveal her masterful interpretation of melodic and harmonic nuances.

The pianist’s choice of repertoire, loaded with five songs by the Afro-Brazilian composer and vocalist Djavan, is curious but effective. Djavan’s best songs serve two fundamental traditions of Brazilian pop music: Some are melodically catchy and brim with rhythmic vitality, while others embrace and skillfully exploit the sense of yearning and melancholy Brazilians refer to as saudade. For example, on Djavan’s vivacious “Capim,” Mateus deftly snakes through the rapid-fire, tongue-twisting lyrics, while on “Esquinas” she taps and skillfully exploits his hauntingly emotional strain of longing.

Mateus adopts the manner of economical pianistics popular with Brazilian keyboardists since the 1950s, and this reflective posture serves the artist well throughout the session’s duo, trio, quartet, quintet and sextet settings. She can turn up the heat a notch or two, as she does on “Saudades do Brasil,” an original up-tempo samba-jazz outing featuring Roditi’s svelte trumpet work. Another original, “Familia Brandão,” offers something else, a classically influenced choro in which her keyboard articulations meld gracefully with Lubambo’s lithe acoustic guitar lines. Throughout this charming date, Mateus demonstrates — through her writing, arranging, vocalizing and piano skills — that she is a certified talent on the rise.