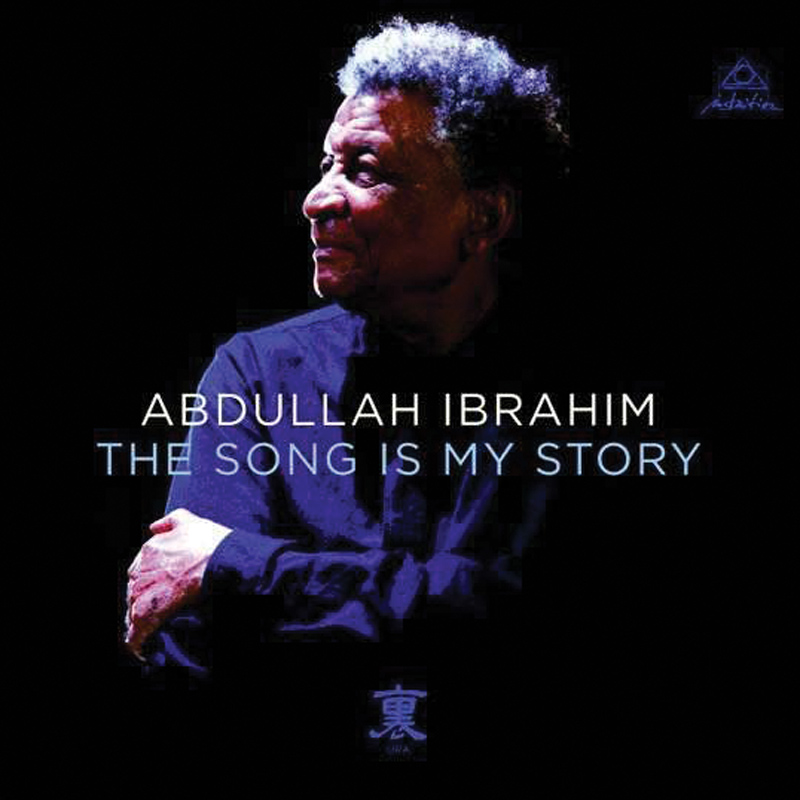 The Song Is My Story
(Sunnyside)

Now 80 years old and with an illustrious career spanning more than five decades behind him, South African pianist/composer Abdullah Ibrahim continues to pave a path where music flows freely from an intimate place inhabited by stories.  On this, his 52nd solo recording, the father of Cape Town jazz draws from his vast repertoire and offers newly inspired improvisations. He even plays saxophone on two tracks — first on the opener “Celestial Bird Dance” and then again on the closing number, “Children Dance.” Both are brief, brooding sketches that tastefully bookend the disc’s contemplative nature.

As the album unfurls, Ibrahim seems to be reflecting on the many stages of his life. Some tunes, such as “Unfettered – Muken,” are new improvisations, while others revisit and reinvent the past. “Kalahari Pleiades,” a 1970 composition that, with a running time of just over six minutes, stands as the album’s longest track, is unpretentious and honest in its quest for simple serenity. “Twelve By Twelve” crafts a delicate latticework on piano that is more inquisitive than resigned. “For Coltrane” receives two treatments, with the second and substantially longer one being the most elaborately luxuriant, with its thoughtful pauses infusing meaning into sparse spaces.

For all of its stillness, however, The Song Is My Story contains disquieting moments. “African Dawn,” for example, is dissonant and darting.

Throughout the album, quiet melodic turns coexist with sustained flourishes, giving the impression that Ibrahim’s own life has been one harvested by the cross-pollination of improvisation and inward ruminations. Recorded in Italy last summer, the 17-track CD comes with a bonus DVD that includes tunes not on the disc and spotlights Ibrahim’s innate ability to weave wit into his stories and music with majestic aplomb. — Lissette Corsa

After Decades in Exile, Abdullah Ibrahim Finds Beauty and Balance