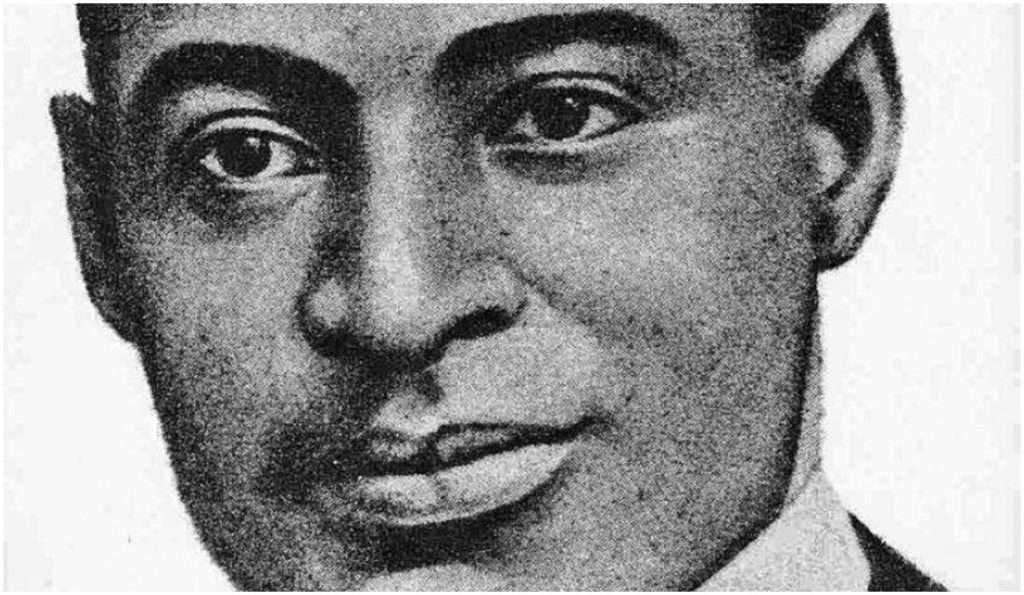 Jazz, obviously, did not originate from one single personality, yet Buddy Bolden seems to have been accepted as the first legend of jazz. Indeed, in his Encyclopedia of Jazz, Leonard Feather writes: “Since his career predated the making of commercial records of his kind of music, there is nothing of him but legend.” That legend was first told via the recollections of New Orleans-style music pioneers, such as King Oliver and Bunk Johnson, who mentored Louis Armstrong and played in Bolden’s bands during the late 1800s.

But who was Buddy Bolden? Many aspects of his life remain a mystery and it is perhaps his shadowiness that makes him so fascinating. Any biographical notes on him are a mix of fact and fiction and the truth, most likely, lies somewhere in between. He was born in September 6, 1877, in New Orleans, Louisiana. There, he is rumored to have been a barber by trade; whether he was or not, it is certain that he could not resist the calling of the music that filled the air of his hometown, from the blues to the French opera. Legend has it that he first bought an accordion as a young man, before switching to the cornet, and that he found his first cornet lying on the street.

Bolden was not hindered by the fact that like many of his contemporaries he could not read music. By the late 1890s, he led the most successful band in New Orleans and quickly became known as King Bolden, the leading figure of the rising New Orleans-style ragtime music that would later be known as jazz. Those who later sang the praises of his musical prowess would emphasize his loudness. Clarinetist Alphonse Picou said: “He was the loudest there ever was because you could hear Buddy’s cornet as loud as what Louis Armstrong played through the mike.” They also spoke of his outstanding charisma and shared legendary tales of his womanizing; according to Bunk Johnson, Bolden was “a good-looking brown-skinned man, tall and slim and a terror with the ladies.”

Bolden’s popularity remained unchallenged in New Orleans right up to the middle of the first decade of the 20th century, when his health suddenly began to deteriorate. In 1906, he began to complain about intense headaches. He soon lost his ability to play and by April of the following year, he was committed to a mental hospital. Though he was temporarily released towards the end of World War I and shortly stayed with his mother and sister Cora in New Orleans, his health had not improved and he was soon brought back to the mental hospital. There he lived until his death on November 4, 1934.

Bolden had been diagnosed with schizophrenia and after studying his medical reports, the jazz historian Joachim-Ernst Berendt likened his condition to that of the Dutch painter Vincent Van Gogh. It seems Bolden had also lost his memory and that even those who once hailed him as a king had forgotten all about him. Berendt notes: “There are 40 documents in the hospital files about Buddy Bolden [but] there is not one word in any of them that Buddy Bolden was a musician, a creative musician in a branch of music chosen and in part created by him.”

While Bolden reached his peak in the late 1890s, the practice of recording was still in its infancy. Though his trombonist Willie Cornish recalled making a phonograph cylinder with the Bolden band, no known surviving copies of it exist. In addition, only a handful of photos of Bolden have survived to this day, most of which are in poor condition.

More factual information is known about his contemporaries than about Bolden himself, many of whom seem to have felt the need to keep his memory alive by talking about him and singing his praises. Even Jelly Roll Morton, who called himself the inventor of jazz, called Bolden “the most powerful trumpet in the world” and paid homage to him by recording the “Buddy Bolden Blues,” which most likely stemmed from a composition by Cornish. Armstrong was only a child when Bolden was making waves in New Orleans, yet he too claimed that Bolden had been “too good for his time.” It seemed that the sound of Bolden’s cornet was a most cherished memory to those who had heard it and its memory carried a spirit of rebellion and hope. Bechet supported this idea by claiming that playing the “Buddy Bolden Blues” could have thrown you in jail.

The legend lives on to this day; a new film about his life, Bolden, with original music composed, arranged and performed by Wynton Marsalis, starring Gary Carr in the title role, is set for release on May 3. And no book about the history of jazz ever fails to mention his name.