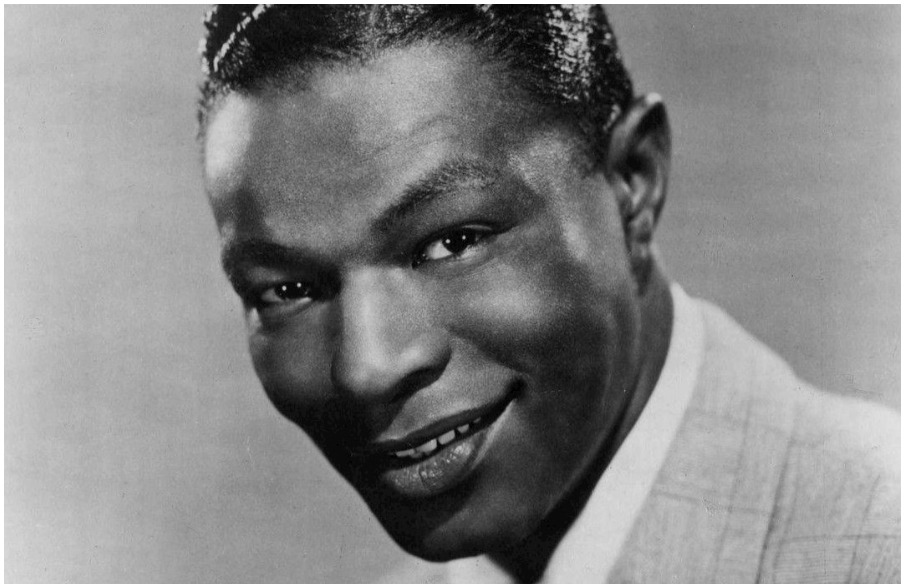 “The Christmas Song” is also commonly referred as “Chestnuts Roasting on an Open Fire” due to its famous opening lyrics and has been spreading Yuletide spirit since 1945, when it was written by pianist Mel Tormé and lyricist Bob Wells. While this beloved tune has been recorded by numerous artists over the years, none are more popular than Nat “King” Cole’s, who recorded it four times over the course of his career – and for good reason.

In the summer of 1945, Tormé and Wells had been hired to write two songs for a musical movie. It was a particularly warm summer and at one point, while Tormé played his piano, Wells found himself scribbling a few ideas on paper that painted a picture of the winter days during colder times. This process Tormé would later recall as an attempt to “stay cool by thinking cool.” Neither initially thought they were writing a song. Yet, 45 minutes later, “The Christmas Song” was born.

A year later, Tormé visited Nat “King” Cole at his Los Angeles home, as he had done many times before. This time, it was to offer him “The Christmas Song.” At this point in his career, Cole was in his thirties and while he had gained a reputation as a respected vocalist-pianist that allowed him to live comfortably in the City of Angels, he was not a household name. This was partially due to the racial tensions of the time, which meant that his songs were not played in some radio stations across the United States. 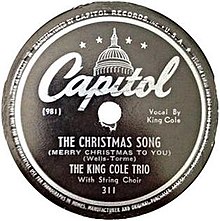 Cole was immediately taken by the song and rushed to rearrange it. Ace Collins writes that he was fearful that “if Bing Crosby or Dinah Shore heard the song first, they would beat him to the punch.” In July and August 1946, he recorded two versions of the song: the first with his trio, a version that would remain unreleased until 1989; the second, with strings, which would be released later that year.

The vocalist seemed to have immediately perceived “The Christmas Song” as the hit that would help him break barriers of segregation. However, at this time, all popular Christmas songs were recorded by white artists and Capitol Records initially rejected Cole’s holiday tune because they did not think Americans would want to buy a Christmas song by a black artist.

It was Cole’s own success that eventually forced the imprint to change their minds. Six weeks before it was released, Cole came out with a hit, “(I Love You) For Sentimental Reasons” that made him a sensation. Collins writes that it “smashed the radio color line in the same way that Jackie Robinson broke the color line in baseball a few months later. Cole moved to the top of the Billboard charts for six weeks and earned the hottest-selling record of the immediate postwar era. Fans longed for another classic from the King. The timing for the release of his new holiday recording could not have been better.”

Although many artists would later record their version of this Tormé/Wells composition, none would dethrone Cole’s version but Cole himself in 1961, when he recorded it for the fourth time, this time with a more sophisticated orchestration along with deeper and more focused vocals. This is the version that remains the most popular and played on radios around Christmas time to this day.

Tormé also recorded a few versions of “The Christmas Song” of his own. He later ended up with some ambivalent feelings about the song, although Wook Kim writes on Time Magazine that “he did recognize the monetary value of owning the publishing writes, occasionally referring to the song as his ‘annuity.'”