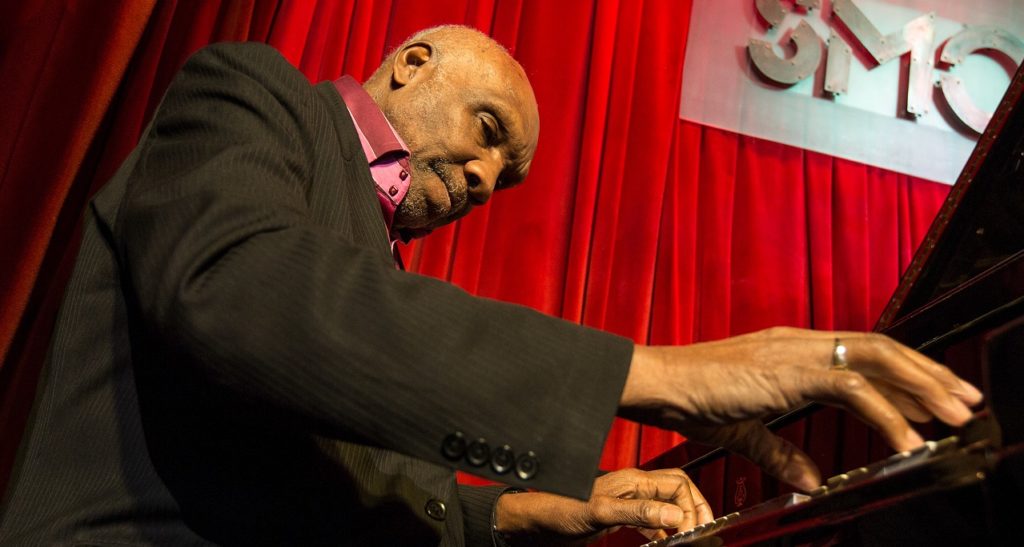 With each A Life in Music story, we seek to honor the legacies of recently departed jazz artists through their inspiring biographies and unforgettable music. Today, we pay tribute to Harold Mabern (pictured), who died September 17 at the age of 83.

Harold Mabern, a pianist whose warm, soul-infused playing was a glowing reminder of the bond between jazz and blues, died on Tuesday, September 17, in New Jersey. He was 83 years old. The cause of death was a heart attack, confirmed his publicist, DL Media.

By any metric, pianist Harold Mabern was a jazz legend. His discography was vast and influential. He toured alongside giants like Miles Davis, Wes Montgomery and Sarah Vaughan. And, since 1981, he served as an instructor at New Jersey’s William Paterson University, where he helped cultivate a generation of talented young players, from up-and-coming saxophonist Roxy Coss to MacArthur Fellowship-winning drummer Tyshawn Sorey.

Yet he may be most fondly remembered for the way he managed to infuse so much of his playing with the spirit of the blues. It was a style of music that he said provided the foundation for everything he did. “Playing the blues was a blessing,” Mabern told JAZZIZ in an interview from 2018. “Because you can teach some of these other [jazz] styles, but you can’t teach the blues.”

Mabern was born in Memphis, Tenessee, in 1936, the son of Harold and Elnora Mabern. Musically, he came of age in the city’s renowned blues joints and boogie-woogie bars, and it was in this scene that he first developed the big-handed, rhythmically nimble piano playing that would become his calling card. It was also where he would first encounter the great Memphis pianist Phineas Newborn Jr., who would serve as a mentor to Mabern and countless other young Memphis jazz musicians.

Memphis was a particularly fertile scene for jazz artists in the ’40s and ’50s, and Mabern belonged to a cohort that would include numerous future jazz legends, such as saxophonists Frank Strozier, Charles Lloyd, Hank Crawford and George Coleman, as well as trumpeter Booker Little and vocalist Isaac Hayes.

While Mabern’s aesthetic was certainly shaped by the city, he wouldn’t stay there for long. And with the sound of Memphis fixed firmly in his heart, left his hometown for Chicago in 1954, where he became an in-demand accompanist for the city’s leading vocalists and finest tenor saxophone players, including Johnny Griffin, Gene Ammons and Clifford Jordan. But his career really took off when he teamed up with drummer Walter Perkins in the MJT+3 quintet, cutting some of his earliest recordings with the group. You can hear Mabern establishing his command as an accompanist in the recording for “Sweet Silver” below.

In 1959, the ensemble relocated en masse to New York, and no sooner had Mabern arrived than he found work in groups led by Lionel Hampton, Art Farmer and Benny Golson. In 1963, he was even hand-picked by Miles Davis for a run at the San Francisco club the Black Hawk. Below is a cut from Golson and Farmer’s album Here and Now, which featured Mabern in the piano seat. “Whisper Not,” a Benny Golson composition, is a prime example of Mabern’s soft yet supportive comping style.

By the middle of the 1960s, this longtime sideman had begun to inch closer to the spotlight, and in 1968 he inked a record deal with Prestige, launching his own recording career as a leader. His first album as a leading man, A Few Miles from Memphis, is regarded as a soul-jazz staple. Below is the title track from that album, as performed on Mabern’s 2018 release The Iron Man: Live at Smoke.

Mabern would continue to tour and record until as recently as 2018, and in that span he found himself in the company of such fellow jazz luminaries as Jack DeJohnette, Christian McBride and Ron Carter. In 2017 he released the compilation album Afro Blue, which was his first official recording to feature singers. The disc included appearances by today’s leading vocalists, including Norah Jones, Jane Monheit, Kurt Elling and Alexis Cole. The title track, which you can stream below, featured Gregory Porter.

The following year he released The Iron Man: Live at Smoke, which compiled tracks recorded live across three weeks at Smoke Jazz and Supper Club, the Upper West Side jazz venue that had become Mabern’s main stomping grounds. In a fitting twist of fate, the pianist’s final recording comes courtesy of his longtime friend George Coleman, whose new album The Quartet is due out on Smoke Sessions Records on September 27. Exclusive to JAZZIZ, you can stream the tune “I Wish You Love” from the forthcoming album via the player below. 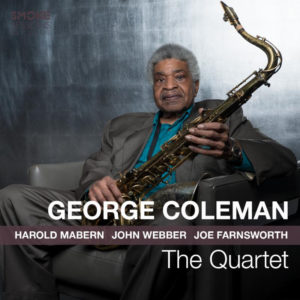 On social media, tributes from fellow musicians came pouring in. “Harold Mabern was a profoundly great human being, a musical giant, and a giver in every way,” wrote the pianist Bill Charlap on Facebook. “His humility and passion simply poured out of his soul. All who were in his presence were blessed to experience his grace, and his legacy will live forever in our hearts.”

“Harold Mabern was part of the Central Nervous System of the jazz scene as a player and educator,” the bassist Christian McBride wrote on Twitter. “He mentored and inspired a countless number of musicians. I was honored to have been on the planet the same time as him.”

Mabern is survived by his two children, Michael and Roxanne, and his granddaughter Maya. He was married to his wife, Beatrice, for nearly 40 years before her death in 2010.

Saxophonist Eric Alexander, a former student of Mabern’s at William Paterson University, would become a steadfast sideman on some of the pianist’s later recordings. On Facebook, he offered a touching summation of Mabern’s legacy: “Pure beauty. Honest and without affectation or pretense.”