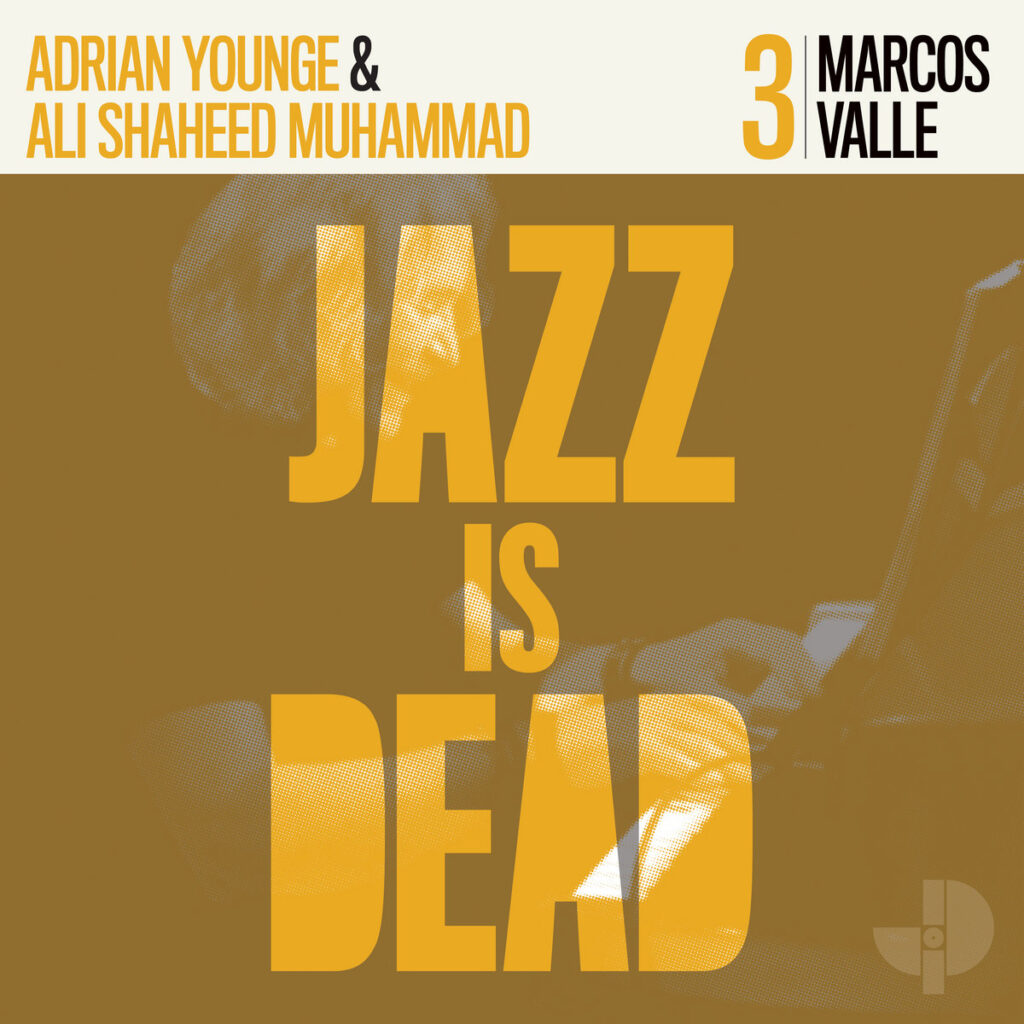 A seminal figure on the bossa nova scene, vocalist and composer Marcos Valle is celebrated as a pioneer in his native Brazil — and in London, where rare-groove aficionados revived his music in the 1980s — although he’s less well-known in the States. While he lived in Los Angeles in the 1970s, Valle never recorded his own material here until now. At the invitation of Younge and Muhammad, the singer returned to L.A. from his home in Rio and collaborated with the musician-producers on the third release of the Jazz Is Dead series (JID003). The album spotlights Valle’s melodic songcraft as well as his impassioned vocals, which remain quite poignant at age 77. Intimate and full of feeling, his delivery on “A Gente Volta Amanhã” (The People Return Tomorrow) carries a sense of urgency, bolstered by a deep and insinuating bass line over a waltz rhythm, while wah-wah guitar adds an acid-edge to the proceedings.