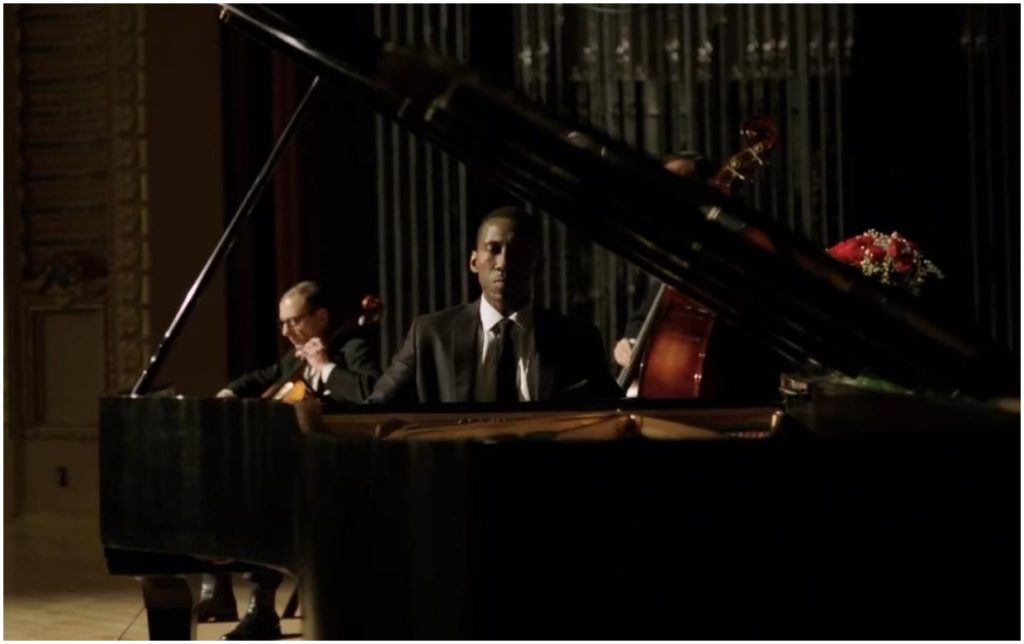 Actors need to hit all the right notes when playing real-life musicians. With the new Peter Farrelly film, Green Book – featuring Mahershala Ali in the role of pianist-composer Don Shirley – hitting theatres in the U.S. from November 16, we have put together a list of five actors who delivered impressive performances as some of the greatest jazz musicians of all time.

Chet Baker appeared in a number of films throughout his life; one, arguably the most famous of them, was the quintessential 1988 documentary Let’s Get Lost by Bruce Weber, which partly informs the black and white melancholia of Robert Budreau’s feature directorial debut Born to Be Blue. Here, Ethan Hawke plays the role of the trumpeter-vocalist as he hits rock bottom and works on his musical comeback in the late ’60s, struggling with his drug addiction and finding strength in his romance with a woman. “You have an incredibly mysterious and enigmatic person that’s very difficult to make sense out of,” said Hawke of the role he portrayed in the film in an interview with Variety. “Then you have to try to capture somebody who has a unique relationship to music. And then there is the music.”

Acclaimed actor-director Clint Eastwood is also a huge jazz fan. His tribute to the life and music of saxophonist Charlie Parker is constructed as a montage of scenes from the artist’s life – from his childhood in Kansas City through his early death at the age of 34. Much of Bird revolves around his only grounding relationships with his wife, Chan Parker, fellow Bebop pioneer Dizzy Gillespie and his influence in both drugs and music on trumpeter Red Rodney. Forest Whitaker’s performance as Parker earned him much praise and critical acclaim. It also landed him several awards, including Best Actor at the 1988 Cannes Film Festival in France and a Golden Globe nomination.

Loosely based on Billie Holiday’s 1956 autobiography of the same name – which by many accounts was also loosely based on her own life, Lady Sings the Blues remains landed star singer Diana Ross a nomination for Best Actress in a Leading Role at the Academy Awards. It remains arguably her best performance in a movie. A double-album of Ross’ recordings of Holiday songs from the film, also titled Lady Sings the Blues, was released that same year. It was hugely successful, peaking at No. 1 on the Billboard Hot 200 Album Charts.

The Glenn Miller Story is regarded as the best in a long line of Hollywood music biopic based on the lives of musicians that were made throughout the ’50s. It also marked the first non-Western collaboration between director Anthony Mann and actor James Stewart, who had worked together on eight films. Originally titled Moonlight Serenade, the film was based on the life of bandleader-trombonist Glenn Miller, from his early days in the music business in 1929 to his early 1944 death, when the airplane he was flying in was mysteriously lost over the English Channel during World War II.

A labor of love: Miles Ahead marked the directorial debut of actor Don Cheadle, who also plays the role of Miles Davis in the film that freely interprets the life and compositions of the musician, imagining what happened to him during his period of inactivity and drug addiction in the ’70s. “The knowns about Miles’ life have always been the knowns,” Cheadle told Rolling Stone Magazine. “He never hid the good, the bad or the ugly of his life, but it was interesting to go through his autobiography and then check those same stories against other people’s testimonies … It’s all different, and it was in the space between those accounts that we thought: that’s where Miles is. Aim for that.”