Over the course of a prolific and storied career, the flutist and multi-disciplinary artist Nicole Mitchell has established a precedent for breaking ground and chasing milestones. As a bandleader, she founded some of the most innovative experimental music ensembles of the past decade, including Black Earth Ensemble, Black Earth Strings, Sonic Projections, Artifacts and Ice Crystal. She also has the radically important distinction of serving as the first female president of the Association for the Advancement of Creative Musicians, a group she has been affiliated with in some capacity since 1990.

For her artistry and leadership in the field of creative music, Mitchell has received numerous accolades, including the Herb Alpert Award (2011), the Chicago 3Arts Award (2011) and the Doris Duke Artist Award (2012). Her most recent album, Mandorla Awakening II: Emerging Worlds, was hailed by the New York Times as one of the best jazz albums of 2017.

But Mitchell is hardly one to rest on her laurels. When it comes to creative projects, she’s always moving forward. Her latest venture, Iridescent, is a duo with the harpist/electronicist Christina Wheeler. It will make its worldwide debut at the Burlington Discover Jazz Festival in Vermont on June 10. For Mitchell, the project represents the latest pivot in an ongoing turn toward electronic music.

JAZZIZ spoke with Mitchell from her home in California, where she is presently serving as professor of Integrated Composition, Improvisation and Technology at the University of California, Irvine. Below are edited excerpts from the conversation.

Will this be your first appearance at the Burlington Jazz Fest?

Yep, it’ll be my first one.

How did the new project originate? Where did you first meet Christina?

Through a mutual friend. Christina and I met in Los Angeles. I live in Long Beach, and I have another friend, who performs under the name Radius. He’s an electronic musician doing underground hip-hop and experimental beats.

That’s not familiar musical territory for you, is it?

You know, that whole scene is really interesting to me. I’ve done a little bit of the jazz thing here but I feel like [the electronic music] has been, in some ways, even more compelling, because I have never really had to improvise in that setting before. So it’s kind of a new experience, and it’s so exciting.

And it introduced you to a new collaborator in Christina Wheeler.

Right. So Radius put something together where he brought a group of jazz musicians and electronic musicians in to do a group improvisation. And Christina Wheeler was one of them. That’s where we met. We talked about trying to collaborate, and the thought stuck with me. It never went away.

And then the Burlington Discover Jazz Festival got in touch with me. And with some people – and some festivals in particular – they want something tried and true. They want something that they already have a recording of. I thought it was really cool that [Artistic Director of the Burlington Discover Jazz Festival] Steve MacQueen wanted to have us do this exploration for our performance.

What is it about Christina – her playing, her outlook on music – that makes her an ideal partner for this project?

She’s very unique. There’s no one that sounds like her. She can create a whole sonic world by herself. And if we’re both doing that, then it’s going to be something really beautiful and exciting. She also chooses a lot of instruments that you normally wouldn’t hear in an electronic context. For example, she’s a vocalist, and she has a very unique way of using her voice in this setting. And she also uses a harp. So her palette of sounds is pretty expansive.

Do you have any personal experience with electronics? Or is this all new for you?

I’ve been wanting to go in this direction for a long time. Just a few weeks ago I premiered my first solo concert of just myself and electronics. I was invited to the Moog Festival in Durham, North Carolina. I did a durational performance that lasted four hours (laughs).

But what was cool was that Moog basically invited me to come to their website and [allowed me to order] what I wanted. And they sent [those products] to me in advance so that I could figure them out. I wound up getting a DFAM [Drummer From Another Mother], which most people think of as a drum machine. And I also got a Mother-32, which is like a semi-modular analog synthesizer, and I also played around with their Theremini, which is kind of like a new, alternative Theremin. You can tune it according to different scales, and it has a lot of different sounds. And I figured out that I could play my flute and my Theremini at the same time (laughs), which was amazing.

And you didn’t have any training on these gadgets? Were you learning them fresh?

Yeah, I literally had a week to learn how to use them. But if you listen to the Artifacts record with Mike Reed and Tomeka Reid, I was using guitar pedals for that performance, and also I have my processing that I do to my flute. So this is kind of like the next great excursion from there.

In previous projects – I’m thinking specifically of Xenogenesis Suite and Mandorla Awakening – literature and philosophy have been major influences. Was there a shared philosophy or mode of thinking that influenced your new project with Christina?

I think it’s more like an aesthetic, something we’re sharing aesthetically in terms of sound, texture and curiosity. We haven’t decided on some kind of thematic direction. I mean, Mandorla Awakening has been described as an Afrofuturist project, and I’ve done several works inspired by Octavia Butler. In those projects I start with my philosophical ideas and then try to make music to express those things, and in this case, I’m really starting with the sound and how we can dialogue with each other.

We’re focused on creating new designs and maybe looking at the music as a living being, allowing it to unfold and to animate the space. The name of the project is Iridescent. And that’s because I see something luminous when we come together musically.

You gave a TEDx talk in which you spoke about connecting to the “real source of intelligence” when making music. You described the necessity of diminishing the role of the self. Do you feel like your embrace of electronics has opened up any new pathways in that regard?

Definitely. Because when you play an instrument for a long time – like me playing the flute – it gets more and more challenging to get into that space, that trance space, or the space where you allow the real intelligence to take over, which is not your conscious mind, not your intellectual mind, but something that we might call the subconscious mind, where you just allow yourself to be a part of something that’s not just about you.

And I think when you take on something new, like I’m doing with these electronics projects, you get into that area of the unknown. And that unknown, for me, has always been something that I try to connect with, even though it’s scary. But there’s so much there to learn from. And a lot of times we find ourselves running away from it, because there’s risk there. But there’s also a lot of reward in terms of growth whenever you approach the unknown. You’ve got to submit to it and allow it to unfold and manifest. You’ve got to become a part of it. That’s been a regular practice for me as an artist.

For more information on the Burlington Discover Jazz Festival, including a full lineup and ticket prices, visit the festival’s website. To learn more about Nicole Mitchell, visit nicolemitchell.com. 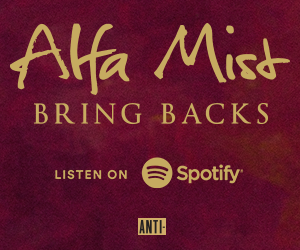 Over the course of a prolific and storied career, the flutist and multi-disciplinary artist Nicole Mitchell has established a precedent for breaking ground and chasing milestones. As a bandleader, she founded some of the most innovative experimental music ensembles of the past decade, including Black Earth Ensemble, Black Earth Strings, Sonic Projections, Artifacts and Ice Crystal. She also has the radically important distinction of serving as the first female president of the Association for the Advancement of Creative Musicians, a group she has been affiliated with in some capacity since 1990. For her artistry and leadership in the field of creative music, Mitchell has received numerous accolades, including the Herb Alpert Award (2011), the Chicago 3Arts Award (2011) and the Doris Duke Artist Award (2012). Her most recent album, Mandorla Awakening II: Emerging Worlds, was hailed by the New York Times as one of the best jazz albums of 2017. [caption id="attachment_10688" align="alignnone" width="1024"] 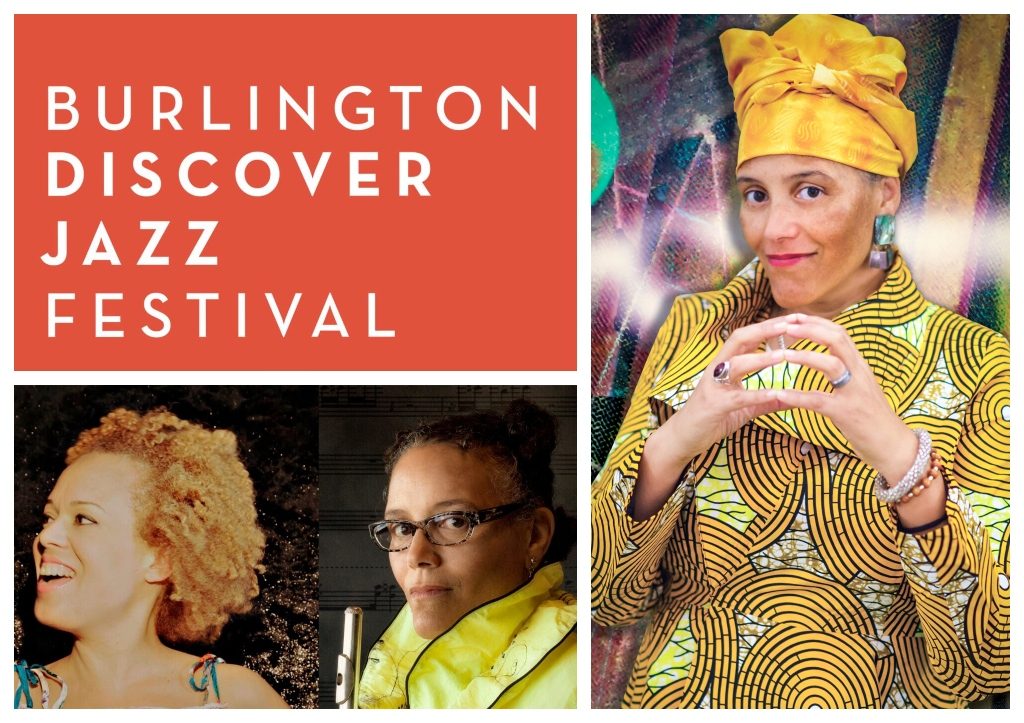