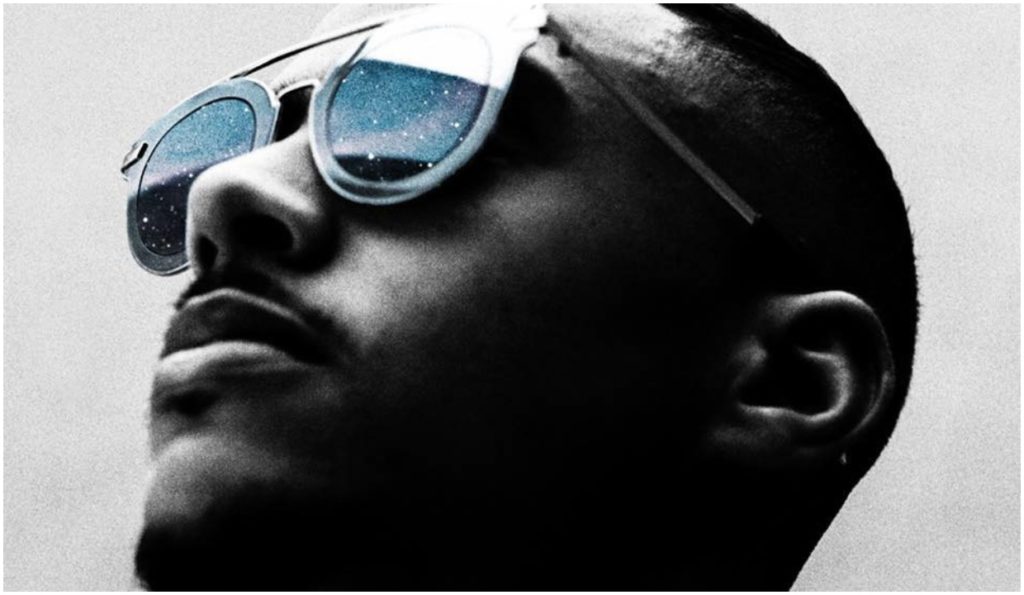 JAZZIZ takes a look at 10 of the hottest – and sweetest – new jazz albums that will be released in January 2019. 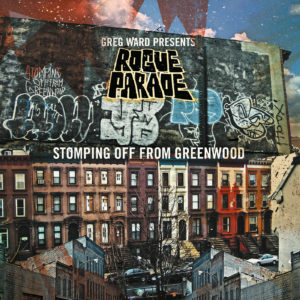 In 2016, Greg Ward released Touch My Beloved’s Thought, his Greenleaf Music debut album that focused on the music of Charles Mingus and firmly established his reputation as one of the most versatile saxophonists of his generation. Now, he launches a new group, Rogue Parade, with a new album, titled Stomping Off from Greenwood. Rogue Parade features guitarists Matt Gold and Dave Miller, bassist Matt Ulery and drummer Quin Kirchner. The ensemble honed their sound on the road and this nine-track collection explores their unique two-guitar instrumentation, ultimately blending the sonic worlds of acoustic and electronic. 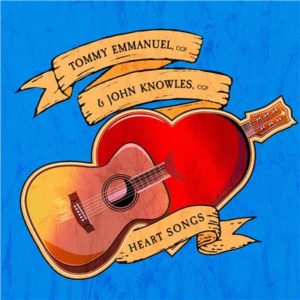 Guitarists Tommy Emmanuel and John Knowles titled their new collaborative album Heart Songs, a term they use to define melodies that could be played with the heart. The 14-tracks on it are new arrangements of such songs as Hank Williams’ “Cold, Cold Heart,” the Bee Gees’ “How Deep Is Your Love” and Billy Joel’s “Lullabye (Goodnight, My Angel). Knowles explains that for this album they tried to choose songs that people have heard and may be familiar with, “so that when they hear them, even though we’re not singing or they may not know all the words, they have a connection to these songs in their own hearts.” 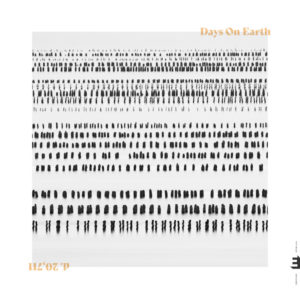 Saxophonist Mark Lockheart wraps on 25 years of musical and life influences on what may be defined as career-defining album, featuring a heavyweight band of leading British jazz figures and a 30-piece orchestra. Days on Earth draws from a vast palette of eclectic tastes – from cutting-edge improvisation to soaring strings, from African Kora harp melodies to ’70s inspired funk. Lockheart explains that his new album is a culmination of the experiences he’s had, and each of its six movements is inspired by human traits and tendencies: “Music is intrinsically connected to life, love and joy,” he says. 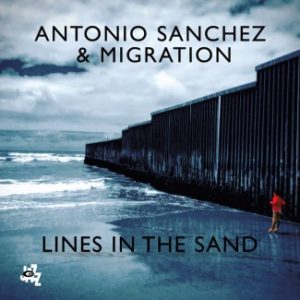 For the most part, the tracks on drummer-composer Antonio Sánchez’s Lines in the Sand suggest scores for imaginary films, drawing from his experience writing the score for the 2014 film Birdman. In some cases, he also builds upon ideas from his previous album, 2017’s Bad Hombre. But this new work is also a pulsating statement on the current times we live in; Sánchez, in fact, defines it as a protest, anti-Trump album about the immigrant experience. “I feel completely repulsed by what the United States is doing to immigrants – especially coming from the South,” he says. Joining him on this journey are pianist John Escreet, bassist Matt Brewer, vocalist Thana Alexa and saxophonist Chase Baird. 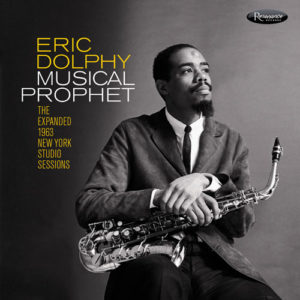 Musical Prophet is the first official release of previously-unissued Eric Dolphy studio recordings in over 30 years. This three-disc set includes the albums Conversations and Iron Man – both captured in New York City on July 1 and 3 – plus 85-minutes of previously unissued materials. Released in partnership with the Eric Dolphy Trust and the Alan Douglas Estate with remastered high-resolution monaural audio transferred directly from original tapes, Musical Prophet comes with a 100-page book with rare photos, essays and interviews with such jazz luminaries as Sonny Rollins, Henry Threadgill, Dave Liebman and many more. 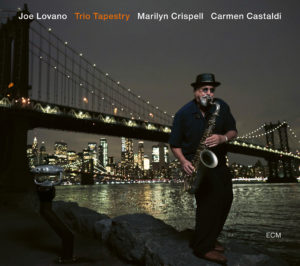 Having appeared on a number of ECM recordings over the last four decades, saxophonist-composer Joe Lovano makes his debut as a leader for the label with Trio Tapestry. Recorded at New York’s Sear Sound Studio in March 2018, and produced by ECM label head Manfred Eicher, the new album finds him playing alongside pianist Marilyn Crispell and drummer Carmen Castaldi. “We play together like an orchestra, creating an amazing tapestry,” says Lovano. “I brought in the material, but there’s an equal weight of contribution, creating music within the music, and harmonizing it in a really special way.” 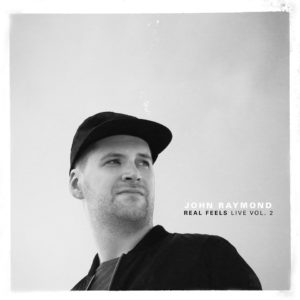 Real Feels is a small, focused ensemble with a strong band dynamic and identity. Headed by brass wizard John Raymond, the band features guitarist Gilad Hekselman and drummer Colin Stranahan. Together, they released their album Joy Ride early in 2018 and in the process of touring for the album, recorded a handful of live shows, hoping to eventually put out a new live album together. That hope came true: with Real Feels Vol. 2, recorded at the Blue Whale in Los Angeles, they present six compositions that evolved and took on new personas on the road. “I really believe this band is at its absolute best when heard live,” says Raymond. 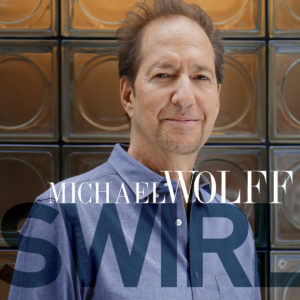 In the summer of 2015, pianist Michael Wolff fell into a coma while battling a rare form of cancer. Upon waking up from the coma, he found his personal and creative outlook had profoundly transformed. Swirl testifies to this evolution. Here, his writing and arrangement are main components, as he plays in his new piano-trio with bassist Ben Allison and drummer Alla Mednard in front of a small group of invited guests at the Yamaha salon in Manhattan. However, as he explains, “a lot of my priorities changed. With my music, I still want it to be exciting, but I also really want everything to sound beautiful.” 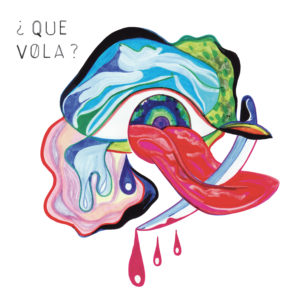 In 2012, French trombonist Fidel Fourneyron headed to Cuba to learn more about the music and culture of the country that had inspired his own name. Eventually, the trip would lead to the formation of Que Vola?, a new French-Cuban outfit releasing their self-titled debut album on January 25. Que Vola? brings together a French jazz septet with three young and talented Cuban percussionists. Together, they marry the dizzying virtuosity with the Afro-Cuban divinities that underpin Cuban music. 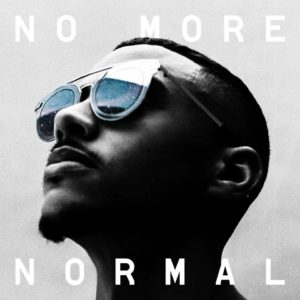 No More Normal finds UK-producer Swindle expanding on his unique sound by connecting his grime and dubstep roots with jazz, funk and soul. The 11-track album, out via Brownswood Recordings, also features a plethora of guests, including MCs Kojey Radical, Ghetts, D Double E and P Money, instrumentalists Yussef Dayes, Nubya Garcia, Riot Jazz, and singers Etta Bond, Eva Lazarus and Kiko Bun. “It’s a class photo of 2018,” says Swindle via an official statement. “I need everyone in this picture.”

Song of the Day: Nandan Gautam – “The Divine Flaw”