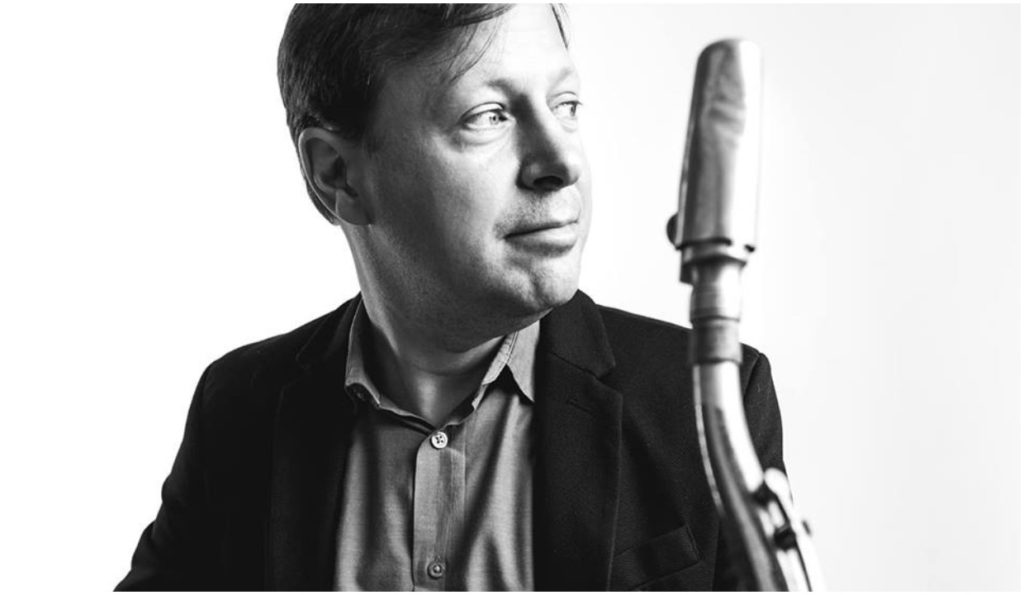 An adventurous drummer-led band celebrates 10 years of innovation; a saxophone icon makes his first foray into electronics; and a bright, impressionistic pianist celebrates the legacy of drummer Paul Motian. All that and more in this month’s 10 Albums You Need To Know List. 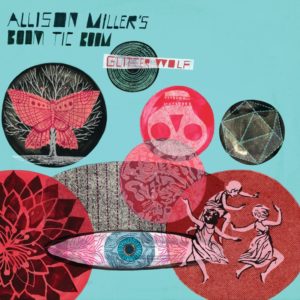 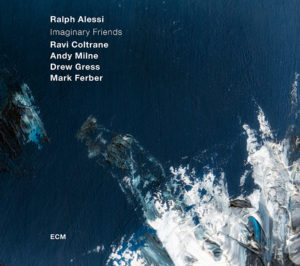 For his third ECM outing as a leader, trumpeter-composer Ralph Alessi reconvenes his longtime working and forward-thinking quintet This Against That, with saxophonist Ravi Coltrane, bassist Drew Gress, drummer Mark Ferber and pianist Andy Milne. Imaginary Friends is a collection of nine new, impassioned and original tone-poems that Alessi wrote and fully-developed while touring in Europe. Produced by Manfred Eicher, Imaginary Friends follows Alessi’s previous ECM releases Baida (2013) and Quiver (2016). 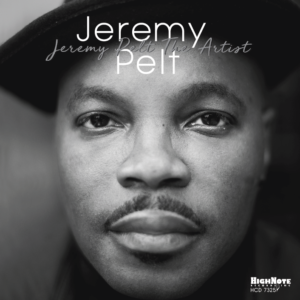 Trumpeter-composer Jeremy Pelt examines, perhaps for the first time in jazz history, the relationship between music and sculpture on his new thoughtful and thought-provoking album, Jeremy Pelt the Artist. The rich ensemble sound of his five-movement “Rodin Suite” muses on the work of French sculptor Auguste Rodin, and leads him to conclude that “what makes a musician an artist is his ability to transcend their instrument and selflessly create an instance in which the listener is transported into another realm of consciousness.” 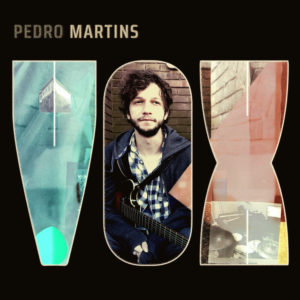 25-year-old musical prodigy Pedro Martins showcases his skills as a multi-instrumentalist and composer on Vox, a collection of 13 jazz-inflected Brazilian rock songs produced by the great Kurt Rosenwinkel. Vox is the product of two years of writing, recording and production, and features Martins on guitar, piano, synth, bass, drums, percussion, flute and singing falsetto. It also includes an all-star lineup of special guests, including Brad Mehldau, saxophonist Chris Potter, among many others. “This album is like a book of stories that have happened in my life,” says Martins. “What you can hear is actually my inner voice narrating those stories through the medium of music.” 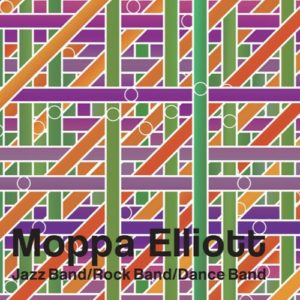 Bassist, composer and arranger Moppa Elliott finds a new way to challenge himself and his audience on his new triple-album release, Jazz Band/Rock Band/Dance Band, featuring three dramatically different ensembles. Here, he presents a different side of his musical personality, one that has not yet been fully documented but has lurked on the surface of his work with his ever-evolving ensemble Mostly Other People Do the Killing (MOPDtK). All the music on this new release is united both through Elliott’s foundational bass playing and his penchant for manipulating and subverting traditional song forms, melodies and harmonies. 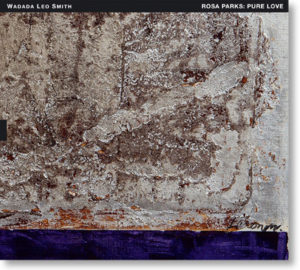 Rosa Parks: Pure Love is the new extended composition of Wadada Leo Smith; an oratorio of six songs that convey a philosophical and spiritual narrative of the trumpeter-composer’s vision of Civil Rights icon Rosa Parks, whom he describes via a press release as “a person of exceptional courage and wisdom, who made the right move of resistance at the right time. Her actions generated a movement worldwide for liberty and justice for human beings.” Embedded in the oratorio are brief excerpts from early recordings by Smith with Anthony Braxton, Leroy Jenkins and Steve McCall, who made up the legendary ensemble known as Creative Construction Company and are among the dedicates of this recording. 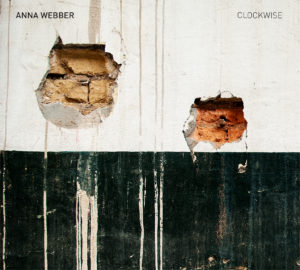 Saxophonist-flutist Anna Webber is quickly becoming one of the most acclaimed bandleaders and composers of the New York scene. Her interests and work live the overlap between avant-garde jazz and new classical music. On her new album, Clockwise, she continues her ongoing exploration of the interstice between creative improvisation and tight-knit composition, while paying tribute to some of her favorite 20th century composers – such as John Cage, Karlheinz Stockhausen and Milton Babbitt – in a septet featuring Jeremy Viner, Jacob Garchik, Christopher Hoffman, Matt Mitchell, Chris Tordini, and Ches Smith. 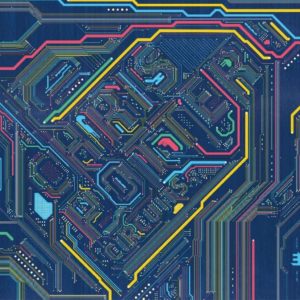 Chris Potter is known as one of the most influential saxophonists and inventive improvisers today by audiences and musicians alike. He continues to show a penchant for risk-taking and genre-bending on Circuits, his first album as a leader for Edition Records, which he says via a press release “feels like a turning point in musical direction for me.” Circuits has a feeling of being unconstrained by conventions, as Potter blends a vibrand sound world of electronics, memorable hooky melodies and surprising turns of phrase. Joining him on this journey are keyboardist James Francies and drummer Eric Harland. 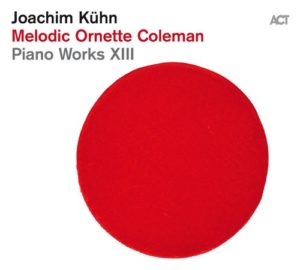 German pianist Joachim Kuhn, whose playing style transcends categorization and whose music fuses contemporary classical elements with jazz, explores the more melodic and accessible side of his much-missed longtime duo partner, saxophonist Ornette Coleman, on his new solo piano album. Kuhn first met Coleman in Paris, France, in the early ’90s and the meeting marked the beginning of a creative partnership that would last several years and include the recording of the 1997 acclaimed album, Colors: Live at Leipzig. Melodic Ornette Coleman features solo piano takes of tracks that, aside from “Lonely Woman,” have never been performed or recorded before, with melodies sometimes earthy and traditional that reveal a different side to the Coleman free jazz firebrand of the early ’60s. 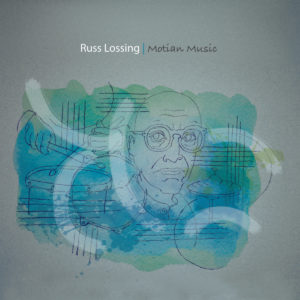 On Motian Music, pianist Russ Lossing pays tribute to his former collaborator, drummer-composer Paul Motian and his brilliance at creating subtle, singable melodies and rhythmically ambiguous, floating forms. This album is a collection of Lossing’s reinterpretations of some of Motian’s most idiosyncratic pieces in a trio with bassist Masa Kamaguchi and drummer Billy Mintz. “I have played all of these pieces with Paul at some point in our twelve years of work and friendship,” he says via a press release. “There is something about his music, his melodic conception and rhythmic invention that just simply makes sense to me and I find his music very easy to play. Really, it plays itself.”