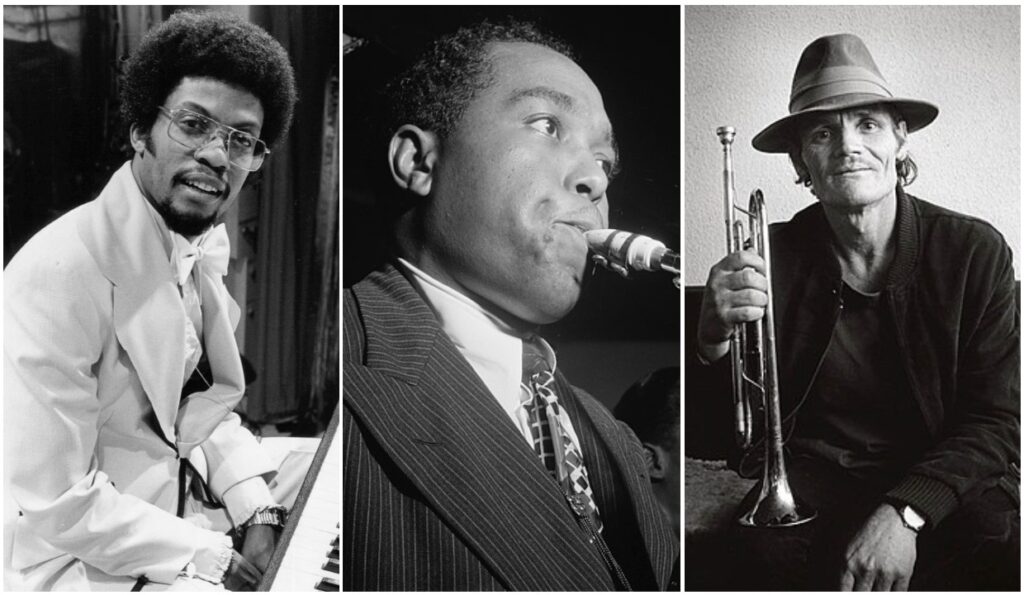 Record Store Day Black Friday returns to local independent stores worldwide on November 29. This year’s edition features an extensive list of exclusive releases and reissues, as well as special and limited editions. On this list, we highlight ten of these that we feel all jazz vinyl collectors and aficionados need to know about. 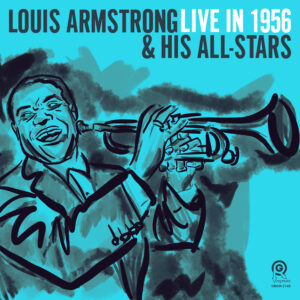 A previously unreleased, recently unearthed live set by Louis Armstrong and His All-Stars is set to see the light of day for the very first time. The audio documents a live concert in Allentown, Pennsylvania, from November 23, 1956. Aptly titled Live in 1956 (Allentown, PA), fans will be able to hear the beloved trumpeter/vocalist digging into a program including such tracks as “Blueberry Hill,” “La Vie en Rose” and his signature tune, “When It’s Sleepy Time Down South,” alongside his lively stellar ensemble on a limited color edition with remastered audio from the original tape. 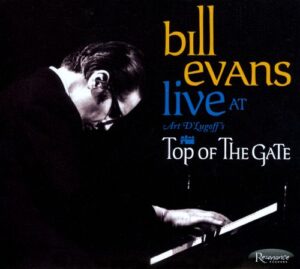 Live at Art D’Lugoff’s Top of the Gate captures two complete sets of piano great Bill Evans’ trio with bassist Eddie Gomez and drummer Marty Morell on October 23, 1968, at Art D’Lugoff’s legendary Village Gate club in New York City. The album, out of print on vinyl for three years, was originally recorded by Resonance founder and co-president George Klabun at 21-years-old and has been digitally remastered from the original tapes for this deluxe 2xLP gatefold set. The set includes a 4-page insert with iconic photos and essays. 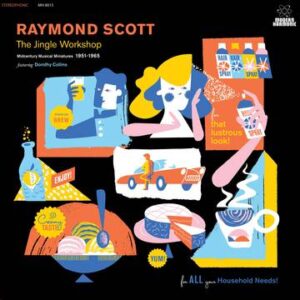 It’s hard to imagine commercial jingles as works of art. However, that is the feeling one gets when listening to the ways in which Raymond Scott approached these assignments. Scott was not only a respected pianist, composer and bandleader but also a pioneer and inventor of several electronic instruments. The Jingle Workshop is the first collection of Scott’s fascinating and groundbreaking jingles from 1951, which in many cases are also some of the earliest examples of recorded electronic music. 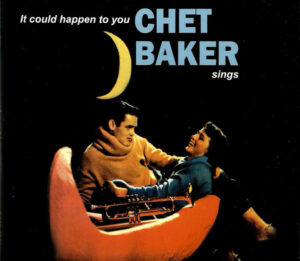 Chet Baker, (Chet Baker Sings) It Could Happen to You (Craft)

The charismatic and enigmatic Chet Baker reached his youthful prime in the mid-to-late-’50s, recording a series of albums for Riverside of modern readings of tried-and-tested standards. (Chet Baker Sings) It Could Happen to You has been defined as an essential album from this period and will be released this RSD Black Friday in a limited edition vinyl housed in a tip-on jacket marking its first U.S. mono reissue. Here, Baker revisits such classics as “I’m Old Fashioned,” “Everything Happens to Me,” “Old Devil Moon” and, of course, the title track. Setting aside his trumpet on several tracks, he focuses on his cool vocals, even occasionally trying his hand at scat soloing. 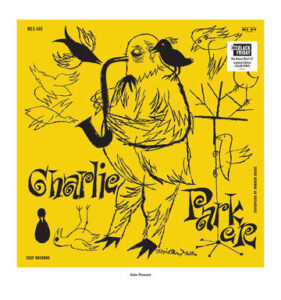 UMe is releasing The Magnificent Charlie Parker, an LP originally released by bebop innovator and master saxophonist Charlie Parker in 1955, four years before his death. The album features the artist also affectionately known as Bird fronting a stellar large ensemble with arrangements by the great Gil Evans. This special Records Store Day Black Friday 2019 edition comes with remastered audio pressed on yellow colored vinyl and the classic original cover artwork by David Stone Martin, one of the most celebrated illustrators of the jazz albums of that era, whose style is defined by the use of the crow quill pen, which enabled him to do delicate line work. 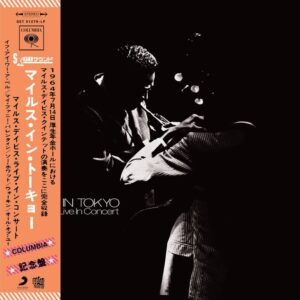 Miles Davis, Live in Tokyo (Get On Down)

Miles in Tokyo was only previously available in Japan and is presented on vinyl for the first time in America this Record Store Day Black Friday via Get On Down. This live album is one of the only known live documents of Miles Davis and saxophonist Sam Rivers performing together, and it was recorded in 1964, with the trumpet great on the verge of forming his celebrated second great quintet with Herbie Hancock, Ron Carter and Tony Williams (Rivers would be replaced by Wayne Shorter). Davis fans should know that a 12″ single of “Early Minor” culled from 2001’s The Complete In a Silent Way Session set will also be released on this day. 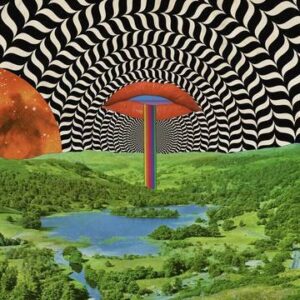 The Dank D-Funk Blend is the newest, hard-grooving installment in the ongoing Jazz Dispensary series released by Craft Recordings. This set features a mind-expanding collection of rare and funky tracks from the ’60s and the ’70s, culled from the Prestige catalog by guest curator Doyle Davis, co-owner of Grimey’s Records in Nashville, Tennessee. Artists included on The Dank D-Funk Blend are Funk, Inc., Idris Muhammed and Boogaloo Joe Jones, among others. This release comes with audio remastered from analog sources and pressed on green-marbled vinyl. 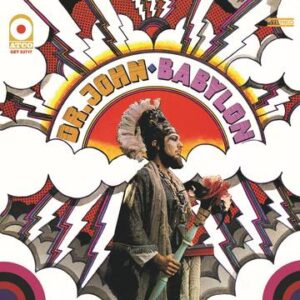 Dr. John, Babylon (Get On Down)

With its blend of styles and genres, Babylon is perhaps one of the most representative albums ever released by singer/songwriter Dr. John, known as one of the greatest interpreters of the polyglot musical tradition of his native New Orleans. The album is particularly known for mixing free jazz and avant-garde elements within its psychedelic rock and R&B grooves. Recorded in 1968, Babylon has been out of print on vinyl for a staggering 40 years but returns via Get On Down on a trippy, limited-edition splatter-colored vinyl housed in a deluxe gatefold jacket courtesy of Get On Down. 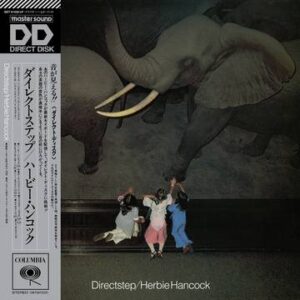 Herbie Hancock, Directstep (Get On Down)

Herbie Hancock has always loved to experiment not only with different sounds within his music but also with new recording techniques. His rare 1976 album Directstep manages to document both of these interests, with its use of electronic instruments and a recording technique known as “Direct-To-Disc” rendered high-fidelity LP pressings by recording masters to acetate discs in real-time. Originally only issued in Japan, this little-known jazz fusion jam will be available on vinyl in America for the first time in 30 years for this Record Store Day Black Friday. 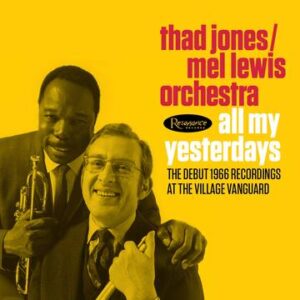 All My Yesterdays is the first vinyl official release of the opening night recordings of the famed Thad Jones/Mel Lewis Orchestra at New York’s Village Vanguard on February 7, 1966, and March 21, 1966. The set was originally released on CD in 2016 and comes in a special, limited-edition triple-LP this Record Store Day Black Friday, with audio mastered by Bernie Grundman. The set also comes with an expansive 16-page insert providing rare photos and essays, plus interview contributions from all the living musicians who played on this recording.