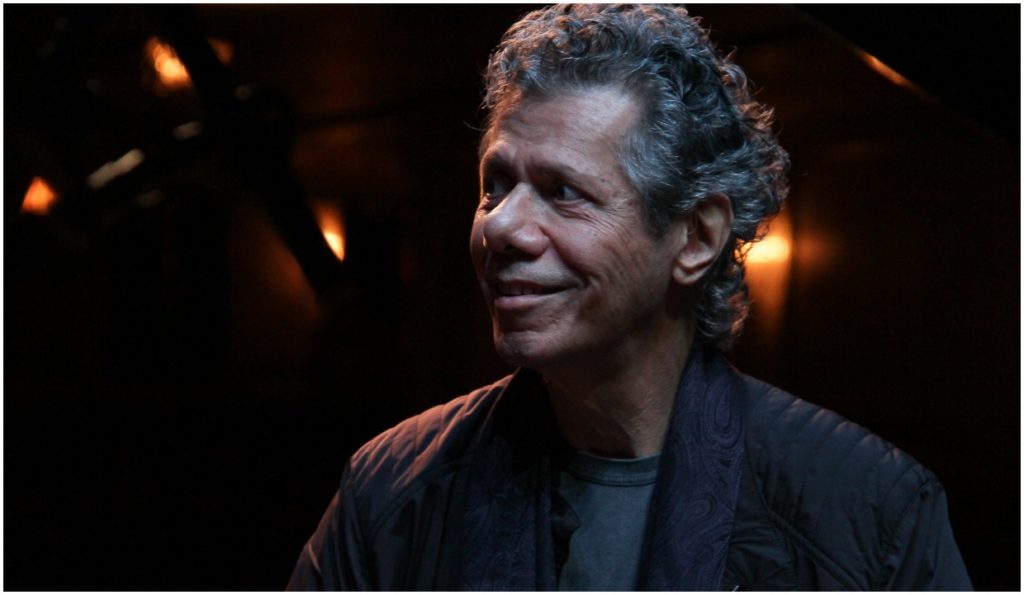 The hotly anticipated return of an acclaimed trio; a pianist closing her 30s with a virtuosic personal statement; a celebration of music as a boundary-defying language. All this and more on this month’s list of ten albums you need to know about. 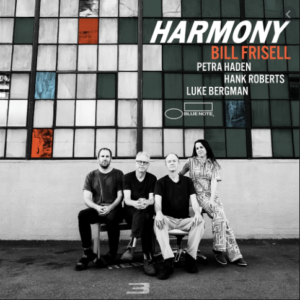 Harmony is the result of a commission from FreshGrass Music Festival and marks guitarist/composer Bill Frisell’s debut as a leader for the legendary Blue Note label. The album is produced by longtime collaborator Lee Townsend and it finds Frisell leading a new, wholly distinctive drumless quartet made up of Petra Haden on vocals, Hank Roberts on cello and voice, and Luke Bergman on guitars, bass and voice. Together, they perform new compositions, imaginatively reworked music from Frisell’s own catalog and typically sharp selections of jazz and Americana staples. The result brims with the thoughtful beauty and evocative patience that have long characterized Frisell’s playing. 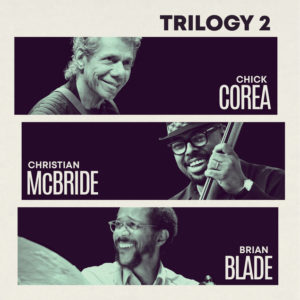 Legendary pianist/composer Chick Corea likens the experience of playing with fellow jazz greats, bassist Christian McBride and drummer Brian Blade, to “taking a stroll down the street and having a casual conversation.” Such is the level of familiarity shared between the three, who made their debut as a trio on the acclaimed 2014 record Trilogy, which immediately established them as one of the best groups of Corea’s unparalleled career. Now, they return for a second full-length outing titled Trilogy 2, which collects a number of energetic live performances culled from their recent world tour. The program features renditions of jazz standards, modern classics and favorites from Corea’s remarkable catalog. 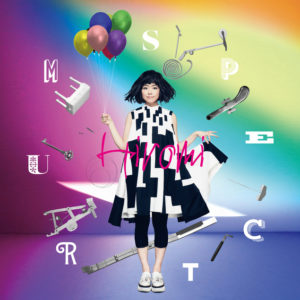 Spectrum is the second solo album by electrifying Japanese pianist/composer Hiromi. It follows her previous full-length solo piano effort, 2009’s Place to Be, and serves as wonderful documentation of the evolution of her musical maturity. “The sound of a pianist changes with age and with every experience in life … When I recorded Place to Be, my goal was recording the sound of my 20s,” she explains via a press release. “Now, I wanted to record the sound of my 30s.” She does this by interpreting originals and compositions of diverse artists such as John Coltrane, The Who, Charles Chaplin and more, offering a showcase of her rich panorama of sounds in the process. 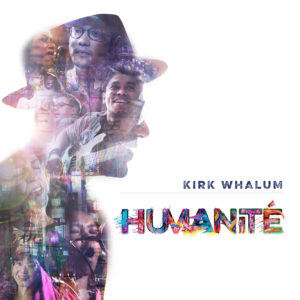 Saxophonist Kirk Whalum is a great believer in music as a language that communicates across borders. His latest project, Humanité, took him three months to record across various geographical locations in a wide range of settings – from studios to hotel rooms and beyond – with a plethora of international artists, such as Japanese pianist Keiko Matsui, young Indonesian bass phenomenon Barry Likumahuwa, veteran U.K. jazz vocalist Liane Carroll and many more. The result is an ambitious celebration of cross-cultural exchange, sonic synergy and spontaneous creativity as well as a harmonious mix of American jazz, blues, funk and pop along with global indigenous musical forms. 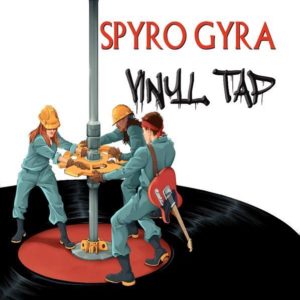 Spyro Gyra emerged out of the fusion era in 1974. They still lead the pack today as one of the most consistently commercially successful contemporary jazz groups around. Their lineup has undergone many changes over the years. However, its core of saxophonist Jay Beckenstein and keyboardist Tom Schuman has remained intact. On Vinyl Tap, their 31st album together, they “tap” into a handpicked selection of songs that inspired them in their youth. The result is a lively program including such tracks as a Latin-tinged take on “Sunshine of Your Love,” a version of “What a Fool Believes” as a contemplative power ballad, a supercharged mash-up of “Secret Agent Man” and “Alfie’s Theme,” and much more. 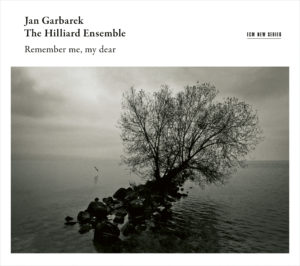 Jan Garbarek and The Hillard Ensemble, Remember me, my dear (ECM)

In 1994, Norwegian saxophonist Jan Garbarek and early music vocal group, The Hillard Ensemble, joined forces to create Officium. This would become one of ECM’s most successful albums of all time and would be followed by two more collaborative LPs. Now comes Remember me, my dear, recorded live during their final tour in October 2014. Here, Garbarek/Hillard explore together a wide range of material composed by such greats as Pérotin, Guillaume le Rouge, Arvo Part and more. In doing so, they reassert the importance and transcendental power of their unique exploration of sound, with its mixture of early music, contemporary composition and improvisation. 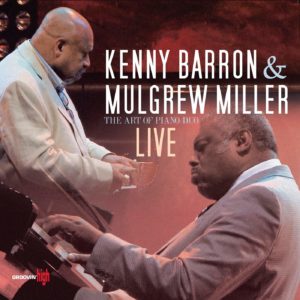 In 2005 and 2011, piano masters Kenny Barron and Mulgrew Miller were paired up in special duo performances – one in 2005, two in 2011. Finally, these rare live recordings will be available on a new, three-disc set titled The Art of Piano Duo – Live, which comes six years after Miller’s unfortunate passing. The program on each of these concerts finds Barron and Miller covering the full range of the jazz canon, performing works by such luminaries and legends as Charlie Parker, Duke Ellington, Thelonious Monk and many others in a duet or solo, and further cementing their own reputations as two of the foremost pianists and song interpreters of the 21st century in the process. 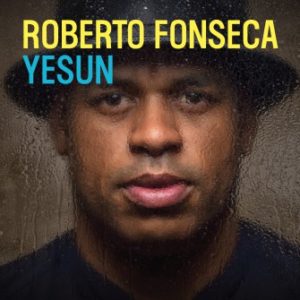 World-renowned pianist/composer Roberto Fonseca is a key figure of the global renaissance of Cuban music, celebrated for his unique combination of jazz and the sounds of the Afro-Cuban tradition. His ninth album as a leader, Yesun, presents 13 new original tracks. It is a trio effort with special guest appearances that delves deep into the musical tradition of his Cuban homeland while experimenting with other genres – from classical to rap to reggaeton and beyond – as well as more modern production techniques, such as electronic beats, spoken word rap and more. Fonseca calls Yesun the album he’s always wanted to make: “All my influences are here. All the sounds and vibes that make me who I am.” 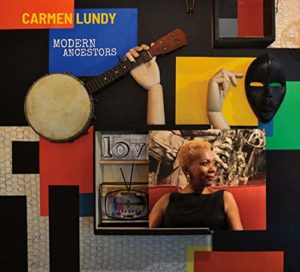 Singer/songwriter Carmen Lundy takes the listener on a musical journey that traverses a multitude of cultures, emotions and generations on her new album, Modern Ancestors, which is both rooted in the present and inspired by the pillars of jazz. Modern Ancestors is a collection of ten brand-new songs, which Lundy both wrote and arranged, released via her own Afrasia imprint. Whether singing about love, life struggles or commenting on the lack of a presence of jazz music on television, she interprets each one of her creations with her powerfully expressive voice and alongside a stellar band that includes her brother Curtis Lundy on upright acoustic bass.

Grammy and Emmy-winning musician/actor Harry Connick Jr.’s new album is a celebration of the monumental legacy of Cole Porter, one of the best composers of the Great American Songbook. On True Love, Connick also highlights his talents as a pianist, singer, arranger, orchestrator and conductor, as he breathes new life into such popular and beloved songs as “Anything Goes,” “You Do Something to Me” and “Just One of Those Things.” “This is the first time I’ve taken a deep dive into another artist’s repertoire,” Connick says via a press release, “and Cole Porter was my #1 choice for the project. His lyrics are witty and nuanced and he takes risks as a composer that I find appealing.”