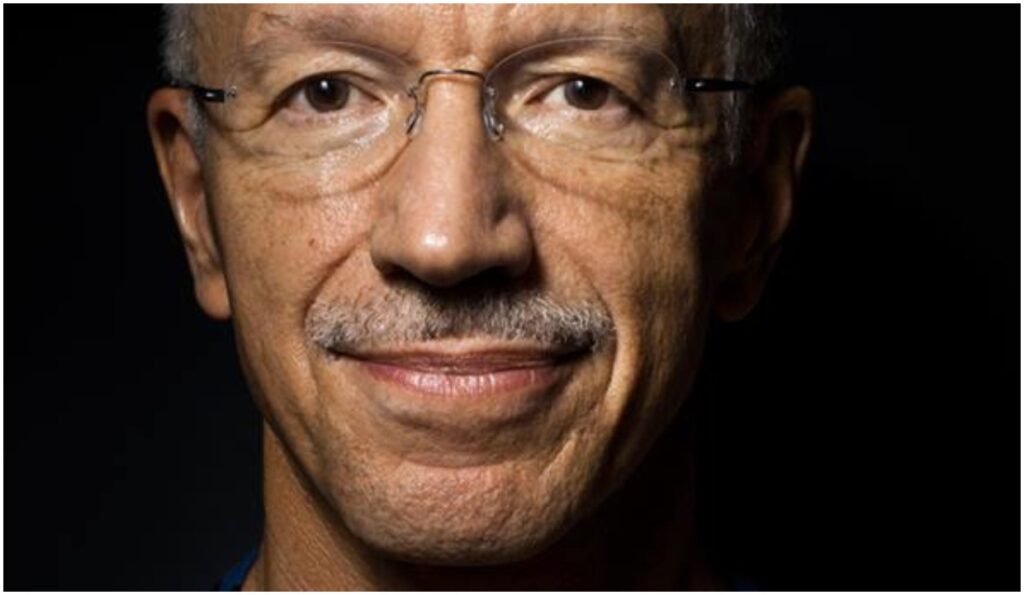 A beloved actor’s sprightly sophomore jazz album; a fascinating archival release celebrating a much-missed saxophonist; a celebration of the legacy of one of jazz’s greatest icons. All this and more on this month’s list of ten albums you need to know. 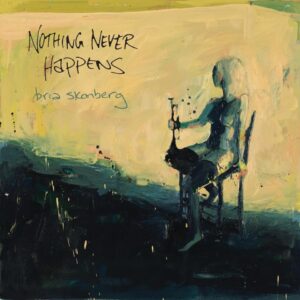 Trumpeter/vocalist Bria Skonberg reflects the times on her empowering new album, Nothing Never Happens. Whether drawing attention to such themes as social conflict, gender issues and political debates or shining a light on more serene aspects of today’s existence, this new LP brims with communicative energy and showcases her maturation as both a songwriter and an interpreter. The album, in fact, features her own compositions as well as artfully chosen covers – including a conclusive, groovy version of Queen’s hit song, “I Want to Break Free.” Joining Skonberg on Nothing Never Happens is her working band of recent years, including pianist Mathis Picard, bassist Devin Starks and drummer Darrian Douglas – along with guest appearances by saxophonist Patrick Bartley, Hammond B3 master Jon Cowherd, and guitar great Doug Wamble. 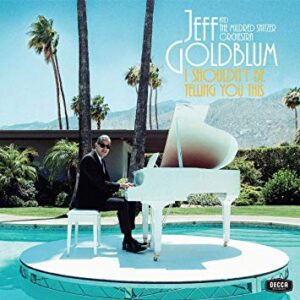 Jeff Goldblum and the Mildred Snitzer Orchestra, I Shouldn’t Be Telling You This (Decca)

Actor/pianist Jeff Goldblum and his longtime band, The Mildred Snitzer Orchestra, return with a brand new swinging set on their sophomore album, I Shouldn’t Be Telling You This. The new album follows their 2018 debut, The Capitol Records Sessions, and show-stealing performance at U.K.’s Glastonbury Festival from earlier this year. Tom Lewis, V.P. of Decca, called Goldblum the “Pied Piper of Jazz.” Indeed, the new album features a long list of guest stars from the jazz world and beyond – including Gregory Porter, Miley Cyrus, Sharon Van Etten and many more. And with fresh takes on such classics as “Let’s Face the Music and Dance, “Don’t Worry ‘Bout Me” and Herbie Hancock’s “Driftin’,” I Shouldn’t Be Telling You This is already being referred to as the ultimate feelgood album of 2019. 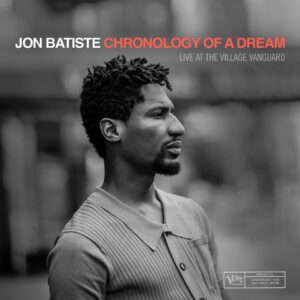 Jon Batiste, Chronology of a Dream: Live at the Village Vanguard (Verve)

Chronology of a Dream is pianist/bandleader Jon Batiste’s latest installment of live songs from New York’s famed Village Vanguard venue. The new album also features trumpeter Giveton Gelin and a rhythm team made up of bassist Phil Kuehn and drummer Joe Saylor. It is also a welcome showcase of Batiste’s blend of American folk and New Orleans dance music, as well as a looser sequel to the burning swing of Anatomy of Angels, released earlier this year. Both albums were, in fact, recorded at The Village Vanguard last fall, on the week of Roy Hargrove’s passing. The trumpet great was one of Batiste’s mentors and the pianist’s take on Hargrove’s original composition, “Soulful,” is one of the standout moments of this set. 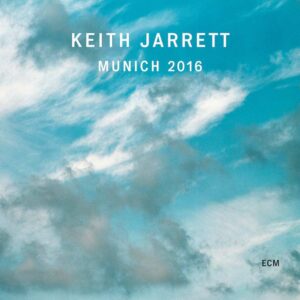 Piano virtuoso Keith Jarrett his known as a master of improvisational solo piano performances and he has established that reputation via a long line of solo concert recordings – from The Köln Concert (1975) to La Fenice (2018). Munich 2016 is the latest of these recordings to be released via his longtime home label, ECM. The double-album documents the final concert of his tour of that year. This was a concert that took place at Munich’s Philharmonic Hall in Germany on July 16, 2016. Since that date, he has only performed once in a concert. The 15 tracks on Munich 2016 showcase Jarrett at his improvisational best, creating spontaneous suit of forms in the moment, in front of an attentive and appreciative audience.

Veteran trumpeter/composer Dave Douglas formed a new multi-generational ensemble to take action for social and political issues he feels strongly about. Engage features saxophonist Anna Webber, cellist Tomeka Reid, guitarist Jeff Parker, bassist Nick Dunston and drummer Kate Gentile. The band makes its debut on this eponymous album. Each track presented in it feels like a call to action, inspired by the optimism generated by the opposition to the political toxicity of recent times. This optimism is reflected in the compositions themselves – each of which was built out of major triad – and in the collaborative spirit of the band. 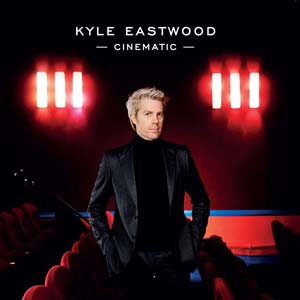 Kyle Eastwood first studied film before establishing his own career in music as an acclaimed bassist. On his new album, Cinematic, he returns to the world of film for inspiration, as he offers his own interpretation of movie themes. Some of the tracks on the album are themes from the films of his filmmaker father, Clint – who has a penchant for making sensational music of his own. Others are by such great composers as Ennio Morricone, Bernard Herrmann, Henry Mancini, and more. On Cinematic, Eastwood is backed by an all-British band made up of pianist Andrew McCormack, trumpeter Quentin Collins, saxophonist Brandon Allen and drummer Chris Higginbottom. Also featured on the album are special guest vocalists Hugh Coltman and Camille Bertault. 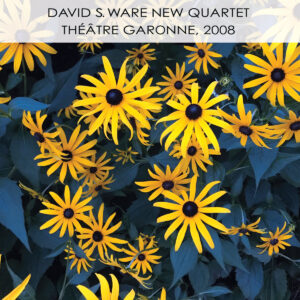 The musical evolution of the much-missed saxophonist/composer David S. Ware was often defined by a parallel and constant spiritual development. This new posthumous archival release, out in celebration of the 70th anniversary of his birth, reveals a period in his career of significant change and transition. Théâtre Garonne, 2008, documents a live performance in Toulouse, France, that shortly followed the recording of his 2008 LP, Shakti. This was one of the earliest concerts with a new lineup, which retained bassist William Parker and drummer Warren Smith from his previous quartet but introduced the melodic invention of guitarist Joe Morris to the mix. Some of the tracks on Théâtre Garonne, 2008, are live versions of tracks from Shakti, including a fascinating episodic take on “Crossing Samsara.” 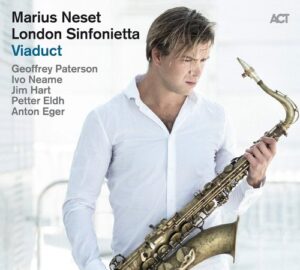 Norwegian-born saxophonist/composer Marius Neset has affirmed his place in the top echelon of modern European jazz via a number of releases for the Munich-based label, ACT Music. His self-produced fifth album for the imprint is arguably his most restlessly diverse statement to date. Viaduct presents a pair of extended pieces he wrote and that was originally commissioned for the opening concert of the Kongsberg Jazz Festival in 2018. These pieces are performed by the solid pairing of his own Scandi-Brit quintet and the world-renowned 19-piece London Sinfonietta and organically integrate wide-ranging influences for a compelling and immersive listening experience. 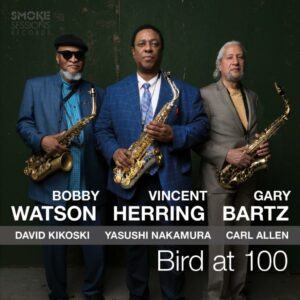 August 29, 2020, marks the 100th celebration of the birth of one of jazz’s most iconic and deeply influential figures: Charlie Parker. Vincent Herring, Bobby Watson and Gary Bartz – three of today’s most celebrated altoists, each representing a different generation of modern jazz musicians – start the celebrations early by releasing a new album celebrating the legacy of the bebop innovator. Bird at 100 offers a buoyant mix of classic Parker tunes, familiar standards once recorded by Bird and new compositions written in honor of the master saxophonist. The music was recorded live on the stake of Smoke Jazz & Supper Club, with Watson, Herring and Bartz ably backed by a stellar rhythm section made up of pianist David Kikoski, bassist Yasushi Nakamura and drummer Carl Allen. 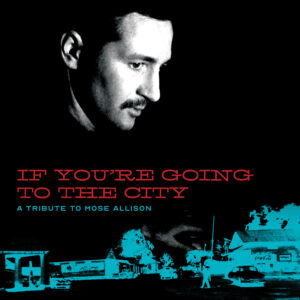 Over the course of his celebrated career, the much-missed musician/songwriter Mose Allison bridged the gap between jazz and blues with his acclaimed compositions and over 30 album-discography. Fat Possum celebrates his legacy with the release of a new, star-studded tribute album titled If You’re Going to the City. The LP features a cast of diverse artists – including Chrissie Hynde, Elvis Costello, Iggy Pop, Taj Mahal and many more – interpreting some of Allison’s most acclaimed songs. A portion of the proceeds from If You’re Going to the City will be going towards Sweet Relief Musicians Fund, a nonprofit that provides assistance to career musicians struggling to make ends meet while facing illness, disability or age-related problems.