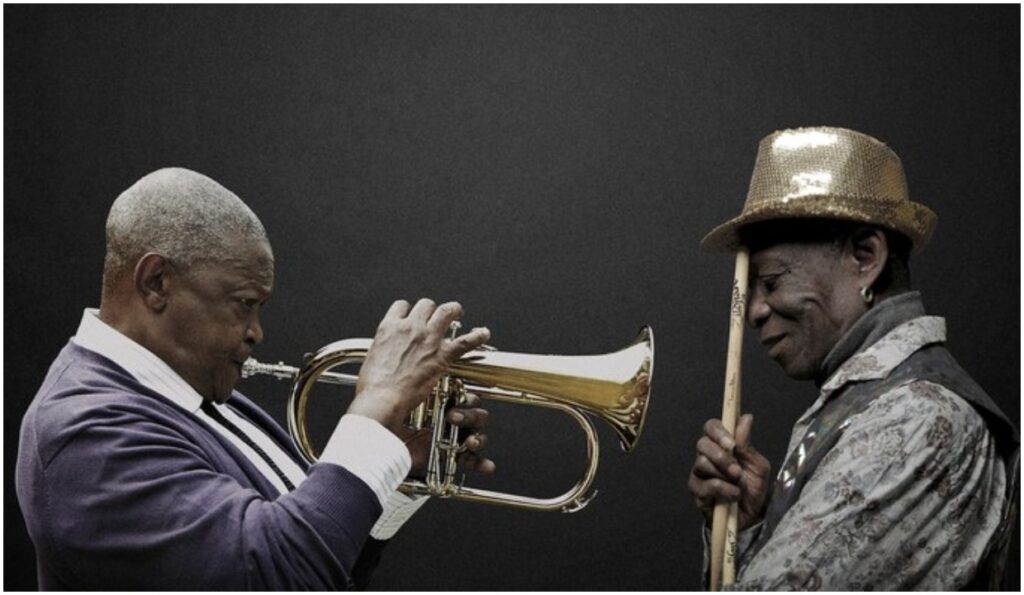 A deep study of the bebop and classical guitar masters; explosive liberation-oriented music; a previously unreleased collaboration between two legends of African music. All this and more in our March 2020 list of ten albums that you need to know about. 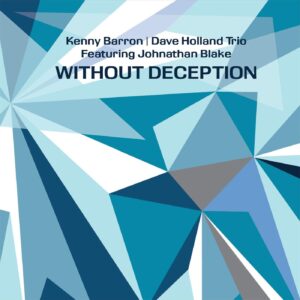 Pianist Kenny Barron and bassist Dave Holland – two of the most celebrated artists in jazz today – team up on a brand new, highly-anticipated collaborative project. Without Deception is an intimate and adventurous album that comes five years after the release of their acclaimed duo LP, The Art of Conversation. Here, they pick up where they left off with the addition of inventive drummer Jonathan Blake adding modern versatility to the mix. 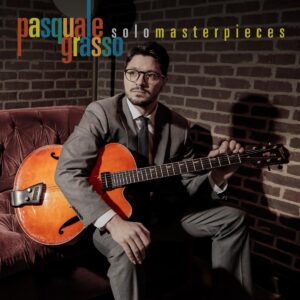 Solo Masterpieces is the first full-length release of guitar virtuoso Pasquale Grasso’s digital showcase series of the same name. This series explores the infinite possibilities held within one instrument and displays Grasso’s profound study of guitar masters – both bebop and classical – via a series of solo recordings. The new release acts as a retrospective of the series thus far, featuring a selection of tracks from the guitarist’s 2019 EP releases as well as previously-unheard tracks that offer a taste of what’s to come throughout 2020. 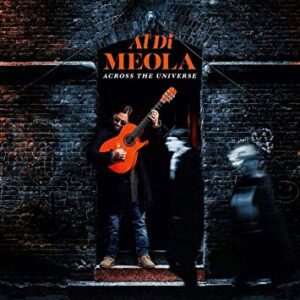 Guitarist and jazz fusion legend Al Di Meola pays tribute once again to The Beatles, whom he credits as the reason why he plays guitar. Across the Universe is his second full-length nod to the Liverpool greats, following 2013’s All Your Life (A Tribute to The Beatles). It features takes on 14 of the Fab Four’s most beloved compositions. Produced at his home studio, the new LP mixes lightning-speed electric guitar orchestration with lavish acoustic arrangements.

Shabaka & The Ancestors, We Are Sent Here By History (Impulse!) 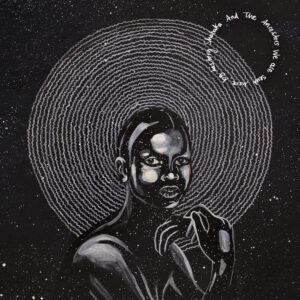 We Are Sent Here By History is an exploration of the function of the griot of West Africa within a transatlantic modern-day context. This is the new album by Shabaka & The Ancestors, an exciting band led by imaginative saxophonist/clarinetist Shabaka Hutchings, one of the major figures of today’s London jazz scene. A jazz-centered trip blending various African and Afro-Caribbean traditions, the LP is a compelling mix of party music, conscious lyrics and poetic narrative. 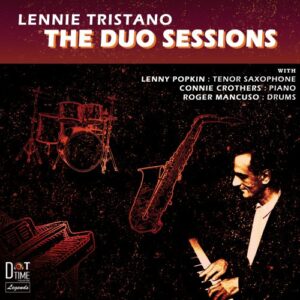 Modern jazz pioneer Lennie Tristano paved the way for later generations of great musicians with his singular harmonic and rhythmic concepts. The Duo Sessions is a brand new collection of unheard recordings by the piano great from the ‘60s and ‘70s, released by Dot Time as part of its Legends Series. The compilation includes him in three unique contexts, with saxophonist Lenny Popkin, drummer Roger Mancuso and on the only known piano duo session he ever recorded, alongside Connie Crothers. 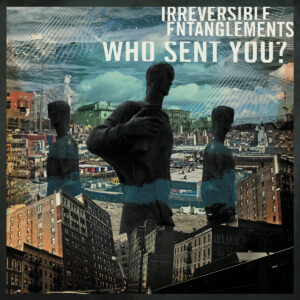 After their explosive 2017 eponymous debut, Irreversible Entanglements firmly established themselves atop liberation-oriented music. Now, the free jazz collective returns with a more focused and patient LP. Who Sent You? is described via a press release as “the punk-rocking of jazz and the mystification of the avant-garde,” mixing deep individual improvisation studies with the spoken word talents of poet Camae Ayewa, a.k.a. Moor Mother. 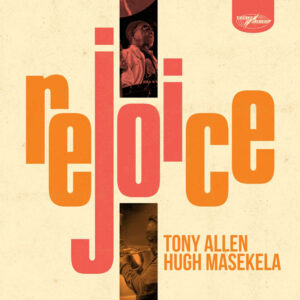 Drummer/Afrobeat pioneer Tony Allen and the Father of South African Jazz, trumpeter Hugh Masekela, had known each other since the ‘70s. In 2010, they finally recorded a collaborative album together, which remained unreleased until now. Rejoice, produced by Nick Gold, marks the first official posthumous Masekela release and features contributions from a new generation of jazz musicians, including Tom Herbert, Joe Armon-Jones and more. 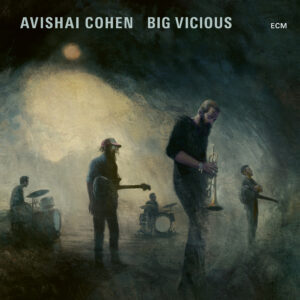 Big Vicious marks the debut album of charismatic trumpeter Avishai Cohen’s new quintet of the same name. The band was launched after he relocated from the United States to his native Israel. “We’re all coming from jazz, but some of us left it earlier,” Cohen explains via a press release. In fact, each individual member’s different background shapes the eclectic sound of Big Vicious. While the music remains jazz-centered, it also borrows textures from electronica, ambient music and psychedelia, as well as grooves and beats from rock, pop, trip-hop and more. 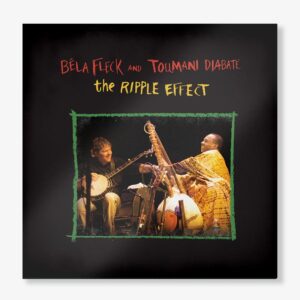 The Ripple Effect is a follow-up to Béla Fleck’s 2009 project, Throw Down Your Heart, which documented the world-renowned banjoist’s journey across Africa to discover the roots of the banjo. It is a previously unreleased, cross-cultural duo album he recorded with Malian kora master Toumani Diabaté during his tour that year. Finally released as part of a brand new and complete film-and-music set, The Ripple Effect is also available as a standalone 2-LP.

Kandace Springs, The Women Who Raised Me (Blue Note) 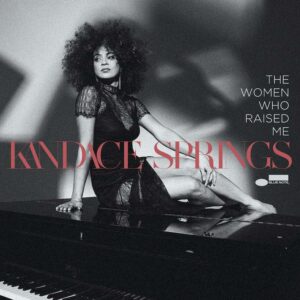 Singer/pianist Kandace Springs pays tribute to the female vocalists who most impacted her music, stylings and journey. The Women Who Raised Me features renditions of songs made famous by such artists as Ella Fitzgerald, Nina Simone, Astrud Gilberto and more. It also includes a collaboration with Norah Jones, whom she calls her ultimate inspiration, and guest contributions by Christian McBride and David Sanborn, among others. 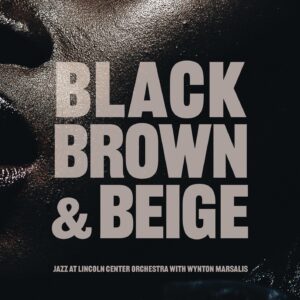 In 1943, Duke Ellington debuted his longest and most ambitious composition, Black Brown and Beige, at Carnegie Hall, introducing it as “a parallel to the history of the Negro in America.” This Blue Engine release captures a definitive present-day version of this masterwork by the Jazz at Lincoln Center Orchestra with Wynton Marsalis from a live Rose Theater performance in 2018. This marks Marsalis’ first recording of the work and the label’s first release dedicated entirely to Ellington.